So , someone messages me on Grindr

Says he is a Dr and works  at St Thomas'  owns his own house in Central London, had a partner who died about two years ago, been living in London for 2.5 years, was from Barcelona,

Chatty chatty all very nice, he liks the older guy his ex was 69 when he died he is 40

Wont tell me what sort of Dr he is, wont say which part or 'Central London ' he is in

He is a scamming khunt isn't he and I wa sso taken in  , again!

Ask him about long case clocks and Indonesian prayer gongs

How does the scam work? He's either available to meet or he isn't

Ask him if he’s a mainstream doctor

just invite him over see what happens?

I will toy with him, see what happens

reel him in, then ask him if he can lend you some money to cover your rent as you are waiting for the sale of some shares to come through.

I don't think you'll ever get money out of a scammer.

OTOH a picture of their naked arse with "I belong to Abbs" written on it in permanent maker?

why don't you put him in touch with your married m8?

Sounds rather like some of the ladies on dating sites who are having a spot of financial bother and then disappear after a man sends them cash.

Sailo u r not that stupid r u?

I hate these apps. My pics have been used (from facebook profile pics twice and once from a work event media photo all different pics) on Scruff and Tinder respectively. I had friends alert me that my pic was being used and then I had to do the whole admin to get the offenders' accounts taken down.

I am kind of glad app dating became a thing after I was already settled down; people get so addicted to them and I think I'd be so paranoid if I met someone on an app like these they'd continue to use them after we got serious.

My own hang up I know, tons of people like the apps and have had awesome relationships and marriages from them.

Every time I get caught using a dating site I run the old oh, umm, gosh ANOTHER identity theft! defence. Works a treat.

Is that a humblebrag, Canadian? "I am so good looking that people keep using my photo for their dating profile."

I dunno seemed relevant to the topic of people using dating apps to scam and be something they're not. Catfishing sucks. I don't think I'm above average looking in any event.

well , he has gone from grindr and he blocked me on Whatsapp,  hehe, he knew he was rumbled the scamming khunt

Nicely done and hope you find what you're looking for soon!

TBH Canadian, I am not really looking for 'the one' anymore that is done dusted and passed me by

Wang I'm the sort of sceptic who ignores the majority of people who express an interest in me on dating apps on the basis that I suspect they aren't real and are actually a 20 stone bloke trying some kind of scam.  Every now and then I play a long with one for a bit to see how hard they'll work for the cash.

If anyone was using my photos on their profile I'd wish them luck as when they turn up their date should be pleasantly surprised.

I don't think you'll ever get money out of a scammer

m7 of mine reckons he sent 50p to Russia via a service which cost them approx $2.50 to collect

I don't think I'm above average looking in any event.

expect tarquers to stalk u now

Funnily enough Canadian I'm getting married there in August. Not quite the ceremony we'd originally planned. Gone from small and intimate to registry office with added masks.

Canadian, people only post photos if they have a dad bod and a dated bathroom

Enough about your wedding tackle, what's the wedding going to be like?

I'll admit I was a little bemused by the town hall's insistence on my father wearing a leather dog mask. Maybe they've been reading all the people on RoF talking about muzzles?

Anyway, must remember what's important. I'm sure we're both looking forward to me slipping into the ring she offers me.

I've carefully measured and pre-tested. It's snug, but I don't have too much trouble getting in and out.

Just make sure she stays relaxed on her special day

Heh top banter again. You guys crack me up. Sorry Abbey for our hijacking. Someone start a ROF picture thread, I'll post my dad bod and cracking bathroom. Maybe even dog collar and mask for Phoebe and James.

If you ask nicely I might post a picture of the ring, maybe even with a finger in it.

If you ask nicely I might post a picture of the ring, maybe even with a finger in it 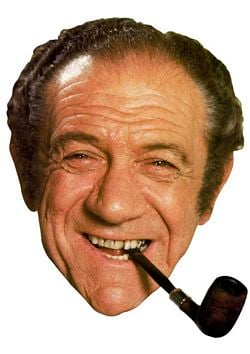 Will we die within eight days after seeing a picture of your ring?

We'll the French do call it the petit mort.