Shall we check in with GB News?

GB News stands four square against racism in all its forms. We do not have a company line on taking the knee. Some of our guests have been in favour, some against. All are anti-racist. We have editorial standards that all GB News journalists uphold.

On Tuesday a contributing presenter took the knee live on air and this was an unacceptable breach of our standards.

Do you really not understand the distinction between guests and presenters?

The tweets are pretty clear.

SAVE THE GB NONE

GB News doesn’t have a line on the gesture.

It really isn’t that hard.

Someone pointed out that Andrew Neil hasn’t tweeted any GB News content in 10 days. Seems quite likely the rat has fled the obviously sinking ship.

This is clearly an attempt to generate clicks/publicity.  Seems to be working!

No Sumo. I have merely demonstrated the ability to read and a basic understanding of journalistic ethics.

You are clearly desperate to find reasons to “dunk on” GB News and in your rush to do so you have seized upon what you mistakenly seen as a contradiction.

You’ve tripped over your laces and face planted into the wall behind the hoop and now the ball (un-dunked) is slowly rolling away from you as if it were embarrassed to be in your presence.

Now would be the time to say “yeah. I jumped the gun on this one” so you can move on with at least a little bit of dignity.

Gutto hari did create a flutter with GB News viewers by doing that. They really got abusive on twitter.

Has Andrew Neil returned from his unexpected sabbatical yet?

No Sumo. I have merely demonstrated the ability to read and a basic understanding of journalistic ethics.

The BBC has no position on the election.

The BBC would fire a presenter who wore a Labour rosette on air.

Do you understand this very obvious point now.

I haven’t retreated to a more defensible claim. I have repeated the same point in increasingly clear ways because you haven’t been able to understand what is a very simple point.

GB news does seem to be struggling. Just had a look at their YouTube channel. Only 157k subscribers and seem to struggle to get over 10k views per video which I think is what you need as a minimum if you want to make any cash. Not sure if they do paid-for advertising as well.

seems you're determined to get more use out of it 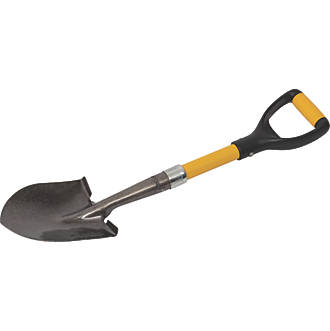 Sumo, do be careful around assimov.

Assume the BBC fired the journalist who, in the final day of an election campaign, said that postal votes were grim for labour? Wonder where they're working now.

I don’t think the rosette analogy is a good one - GB news have no position on whether or not it is appropriate to take the knee to demonstrate anti racism, given that,  it is not clear why they should think it a breach of standards if a presenter does.  That is not the same as taking a neutral position on an election,  it is taking a neutral position on the appropriateness of an action and then chastising an employee for doing it.

Hard heh at the pasting Asimov has taken on this thread. He's all sticky.

GB News has no line on this. It makes no comment as to whether the gesture is a good one or a divisive one.

It expects its presenters to be impartial. A presenter kneeling on air is endorsing the gesture. It is analogous to the rosette.

If you prefer, imagine what would happen Emily Maitlis did the Black Panther raised first gesture live on air.

Presenter wears poppy on GB News, it is unacceptable.

presenter returns wearing 2 poppies, perhaps even 2 red ones and a white one, much better

Time for Asimov to take a break I think.

GB News .....makes no comment as to whether the gesture is a good one or a divisive one.

A presenter kneeling on air is endorsing the (neither good nor divisive) gesture. It is Demonstrating this neutral gesture is analogous to the rosette. formally identifying yourself as a member of a political party while reporting on an election

Sumo if you don’t understand basic concepts like impartiality then I can’t help you.

There is possibly an Ofcom angle here too.

Heh. Why not report it and see it upheld and then claim victory?

There is possibly an Ofcom angle here too.

What I mean is that GB News may believe that what the presenter did breached the Ofcom duty for presenters to remain impartial. They may be wrong on that. I wouldn’t know. Never looked at Ofcom in an detail.

Jelly, one does not claim victory, one declares it. Keep up lad.

What I mean is that GB News may believe that what the presenter did breached the Ofcom duty for presenters to remain impartial. They may be wrong on that. I wouldn’t know. Never looked at Ofcom in an detail.

Yeah well I suppose that could be... oh hang on.... I recall a recent controversy that had you pineapple lickers up in arms

Britain Got Talent has been cleared of any breach of broadcasting rules after 24,500 people complained about a Black Lives Matter-inspired performance on the ITV talent show.

*further notes Brillo is off to France again*

The spade pictured above looks decent. Is it a JCB one?

The hilaires thing about people like Brillo is they get to the point where they’re so famous in their field they have no grasp of any of the nuts and bolts needed to do anything whatsoever. There’s a massive structure and history at the Beeb behind what you see, and yes we all need reminding of that.

It took Sky News years if not decades not to be a laughing stock. And that’s with the Digger’s backing.

lol at GBN, the ultimate digital startup falling over before it can walk.

I have a JCB spade and garden fork. Really good. Thought it would be overkill but have loads of lavender bushes to dig out so glad I got it.

Not a big fan of lavender? Surprised by that.

saying racism is bad is taking an unacceptable political stance. News presenters much remain neutral on the question of the goodness or badness of racism.

I love lavender. Great for bees. I just don’t want my entire garden to be lavender. It’s an aggressive little fooker.

is taking the knee a thing in amateur sport?

Taking out a knee is quite common on hackney marshes.

The worst thing about all this is the phrase “take a knee”. Just fooking say “kneeling”.

I think kneeling is both knees on the ground, this is more lunging

The success of GB News will be down to it upsetting progressive types and causing regular social media storms. At least until it stops being crap.

You sure? It keeps them on the agenda, when they'd otherwise be ignored.

remember more innocent times when people thought taking a knee was about showing support for the ruling family of Westeros?

Either they have a line or it or they don't.

I suppose the only exception would be if the presenter just randomly started genuflecting during a show about something else.

I think the reality is even most right wing types in the U.K. prefer to moan at “woke/pc” news than have to watch a poor mans Fox News - they prefer their right wing firebrand stuff to come from the popular press

I think the reality is even most right wing types in the U.K. prefer to moan at “woke/pc” news than have to watch a poor mans Fox News - they prefer their right wing firebrand stuff to come from the popular press

Getting worried about Ducks. May not be as sound as previously thought. Either that or he has been replaced by the enemy.

It turns out though that the other networks weren't ignoring it it's just there isn't actually much 'war' going on and GB news can't produce the product if it doesn't actually exist.

I think this is right.

The content just isn’t there. You can see that in the attempt to make mountains out of molehills like “students vote to take down picture of Queen from common room”. Try as you might, most people just don’t give a fvck about something like that.

The culture war stuff works a lot better in the US because the spread of opinion is genuinely larger and you can get endless mileage out of issues like gun rights or abortion rights.

The content is already covered by loads of YouTuber one-man bands. No need for an expensive organisation to do the same thing.

These culture wars are entirely artificial and of no interest to ordinary people.

They're really only supported by the International Left (who find the idea of national unity abhorrent), the Loony Right (probably closet bigots) and hostile foreign actors like Russia (who want to create disharmony).

You make good points about the culture war stuff but that would suggest the Mail would be less staggeringly successful than it is.    Or perhaps that is not what people actually like about the Mail but rather it is an accessible well written paper (I despise it but must admit it is very good at what it does - I have been particularly impressed at how it gets under the skin of the covid  stats in a way the supposedly quality press have not).

I'd wager the circulation for the Mail would be just as high if it ditched all this stuff.

These culture wars are entirely artificial and of no interest to ordinary people.

Hard disagree. People care very much what is taught in schools and what their employers do and the culture wars are alive and well in schools and business.  I got an email from Linklaters explaining which genders all the various flags represent during Pride Month one year for example.

You make good points about the culture war stuff but that would suggest the Mail would be less staggeringly successful than it is.

than it is to sit on a sofa for 20 minutes and discuss how a headline was actually a fairly minor thing?

like channel 5 probably have it about right with the wright stuff but to get a day and then follow it up the next day and every day or a rolling "I'm mad about political correctness!" news basis in the UK where it's generally 1 over zealous school or one company that a very american GC on staff you're probably going to struggle

sad to see i’m starting to like the little fella

Time for a re-brand, I think.

Amazing number of posts here which simply declare "my side won, the other side got beat".

u lost, get over it.

GBN seems more talked about than watched. One of Putin's least successful ventures and attempts to undermine and further divide the UK

GB News: "We expect our presenters to be completely impartial. Therefore a presenter saying they don't like racism is unacceptable."

What the bleeding heck goes through the mind of the people running this station !!!!

The public doesn't expect their presenters to be robots anyway. A small bit of opinion is inevitable and is no bad thing.

Love how a channel set up to pwn the outraged leftie cancel mob sacked one of its presenters after *checks notes* outrage from rightie cancel mob.

They seeded the channel with a few tame centrists to represent the 'alternative view' and are already purging them. It's like they forgot why they hired the centrists in the first place.