Lawyers from City firms attended the conference dubbed Davos in the Desert this week, despite it having been boycotted by businesses and politicians following the cold-blooded butchering of a Saudi journalist.

In a depressing example of putting profit before principles, lawyers headed to the Future Investment Initiative conference armed with their business cards (if not their souls). A large number of politicians and organisations shunned the conference following the murder of Jamal Khashoggi at the Saudi Arabia consulate in Istanbul this month. The Saudi government initially tried to cover up the murder claiming that the journalist had left the consulate alive, but officials have now admitted that Khashoggi, who was an outspoken critic of the Saudi government, was killed on the premises. The murder has been widely condemned by global leaders - even Donald Trump was scathing, so law firms who supported the event really are low enough to parachute out of a snake's arsehole.

A Clifford Chance insider told RollOnFriday that a partner at the firm attended, but a spokesman for the Magic Circle firm declined to comment. Baker Botts and Dentons, both with offices in Riyadh, also declined to comment, with the only reasonable inference being that riyal-chasing partners at the firms rocked up to the conference too. It was reported in law.com that King & Spalding and White & Case were invited to the conference, but both firms also remained suspiciously tight-lipped when RollOnFriday asked if lawyers at those firms attended.

Pinsent Masons is the only firm to get a gold star. A spokesman for the firm said "we can confirm that a Pinsent Masons' delegate was expected to attend the summit but was unable to do so due to other commitments". It may have been down to a fortuitous diary clash. Or it may have been a fictitious one. Whatever the reason, fair play to Pinsents..

A number of firms with offices in the Middle East confirmed to RollOnFriday that they were never going to attend in the first place, including Clyde & Co, Baker McKenzie, Allen & Overy, DLA Piper, HFW, Hogan Lovells, Addleshaw Goddard, BCLP, Trowers, Freshfields and Herbert Smith Freehills.

At the time of going to press a few firms with offices in the Middle East failed to respond to repeated requests as to whether they had attended: Jones Day, Latham and Watkins, K&L Gates, Squire Patton Boggs, Linklaters, Eversheds and Simmons & Simmons. If you work at those firms and know if your colleagues propped up this blood-soaked, despotic event, please drop a line here. 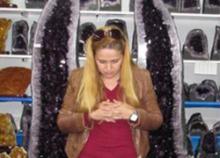 A Clifford Chance spokesperson did not say: “Our Responsible Business strategy is integral to our firm strategy. It guides how we conduct our core business, how we develop and support our people, and how we foster closer collaboration with our clients.”

SPB did: a number of high ranking lawyers and senior statesmen types from the US offices looked all giddy about rubbing shoulders with the Saudi top brass. Rumours have it even the Managing Partner made the trip.

It sounds to me like what they've done here is make an excuse to avoid going whilst trying desperately hard not to burn any bridges within Saudi - rather than giving them a gold star you should be taking away their cake before they try to eat it.

Now - if Pinsents had turned around and said they were pulling out because of the current situation - as a number of businesses and politicians have done - that would deserve respect and a gold star. Making up an excuse so as to avoid having to condemn the money men - just cowardly!

Right on, lets all stop using Saudi petrochemical based products too

ps remember the Yemenis too

Surely making an excuse about not being able to attend the event is better than attending?

Those who did attend the event really need to question their moral integrity. Trump is desperate to ensure profitable bridges with SA yet even he manages to act reasonably disgusted with the murder.

Sadly western organisations/governments are going to continue allowing SA to behave the way they do while at the same time saying countries like Iran need to be stopped.

I don't think Pinsents can take the moral high ground...a diary clash hardly says they condemn what happened, it's just a convenient excuse which means they can avoid having to choose sides.

Also "this blood-soaked, despotic event", nice to see you sitting on the fence ROF...

My firm refused out of hand.  We made it clear that in light of recent events, we were taking a principled stand in refusing to lend tacit support to a corrupt and murderous regime, and that we would not attend under any circumstances short of abduction by a peripatetic team of state-sponsored killers.

I am sure that Their Excellencies will be chastened by the absence of Stourbridge's third busiest boutique residential conveyancing practice.  In your two faces, house of Saud!

Irrespective of the human rights aspect, why on earth do these lawyers need to be there anyway?

SPB delegate here.  I was scheduled to attend the FII -- and in fact, as recently as 17th Oct I had tickets and registration and entry visa in hand -- but ultimately chose not to attend.

Bear in mind this was a personal choice, not necessarily a firm-wide decision, and I have no idea if others from our firm attended in some capacity.  But as long as we're naming and shaming, then we should also acknowledge those who declined to participate.

Some legitimate concerns raised, by why doesn’t ROF operate a similar crusade against countries with oppressive human rights records, such as the Philippines, Myanmar and Israel, where British law firm have a presence or are actively involved with government projects?

It hasn’t been proved that the murder was sanctioned or ordered by the state. If it wasn’t, what’s the objection to law firms showing up?

Israel does not have an oppressive human rights record.  It has a no-holds-barred philosophy of self-defence.  Which, given its people’s history, is not hard to understand.

No country would do better in the Israelis’ shoes.

curious. Bemused at your inclusion of Israel (where actually very few firms have an active presence) and your exclusion of China and Russia (where most of the big firms have a presence - especially the former). Any rationale?

Israel and self-defence? Is establishing settlements in the West bank self defence? is murdering unarmed palestinians, protesting against the colonisation of their land and their second class status, self-defence? actively calling for palestinians to be deported en masse to jordan ("jordan is palestine" is a common slogan in israel) - is that self-defence?

So some partners at law firms attend an event at which there are numerous high net worth business people present, and people find it shocking? Businesses need money to stay afloat and Arabs have lots - so why is this a shock - because of the morally repugnant background on which the event is set? How much high value business is set on a morally repugnant background? I'd have thought over 50% easily.

Plus my experience is that most solicitors / partners working in the commercial / corporate sector are $$$ hunters and have pretty low morals across the sector. Or do they do it for the exciting work? heh

I assume Rof will now rescind the advertising contracts they have with the various law firms they have named in this article? heh