Watson Farley & Williams told staff in the firm's London office to throw away their drinks after the firm accidentally contaminated their water supply.

As part of an ongoing renovation of its London office, WFW's building crew isolated and chlorinated the ground floor water pipes. "Unfortunately", said a spokesman, "due to a faulty valve, the chlorine leaked into the main system". WFW said that it alerted staff within 10 minutes of the chemical leak at 9.50am, and that after flushing the poison from the mains the water was potable by 11.15.

Staff said they were told (quite rightly) to throw away their drinks, but an insider complained that the canteen only cut prices for bottled water to "a mere 60p. Generous". WFW's spokesman actually denied prices had been cut, and stated that, "Given the very short time that services were unavailable we did not believe it necessary to distribute water in the office". He also said, "No one reported any ill effects related to this incident" because they had died.

RollOnFriday Public Health Warning: Chlorine is typically used to inhibit bacterial growth in water and under no circumstances should it be drunk for elevenses. Symptoms include burning of the mouth, swelling of the throat, stomach pain, vomiting and bloody stools, and can be distinguished from the effects of a normal day by a swimming pool taste.

Chlorine thin bleach, UNSCENTED, is useful to have around the house as it can be used to purify raw water supplies in the event that the mains supply becomes unpotable (most likely due to death of your water provider's staff following the inevitable zombiepocalypse). I cannot stress enough the need for unscented bleaches. The "lemon fresh" ones, for example, contain limonene which is highly toxic. Who knows what's in the passion flower one, but I doubt it's anything good. As to the correct water/bleach concentration, it's a bit of a tricky one. Too much and the water will kill you, too little and you're probably consuming all sorts of nasty stuff that will kill you. My advice is to test it out on a supply of neighbours until you find the sweet spot (or start with your spouse, depending on your state of marital harmony). Although if your spouse runs as slowly as mine does, it might be useful to keep them around for when the zombies come knocking at your door. Essential reading here: [a]https://www.amazon.co.uk/Knowledge-Rebuild-World-After-Apocalypse/dp/0099575833/ref=tmm_pap_swatch_0?_encoding=UTF8&qid=&sr=[/a]
232
Vote up!
224
Vote down!
I took purifying tablets to the island but in practice just boiled the fresh water from the cliffs.
227
Vote up!
214
Vote down!
Dim, through the misty panes and thick green light,
As under a green sea, I saw him drowning.
In all my dreams, before my helpless sight,
He plunges at me, guttering, choking, drowning.
If in some smothering dreams you too could pace
Behind the wagon that we flung him in,
And watch the white eyes writhing in his face,
His hanging face, like a devil's sick of sin;
If you could hear, at every jolt, the blood
Come gargling from the froth-corrupted lungs,
Obscene as cancer, bitter as the cud
Of vile, incurable sores on innocent tongues,
My friend, you would not tell with such high zest
To children ardent for some desperate glory,
The old Lie; Dulce et Decorum est
Pro Watson Farley mori.
212
Vote up!
212
Vote down!
To: anonymous user 17/11/2017 09:30 - Limonene is so highly toxic that it is extracted from lemon peel and is commonly used as a fragrance and degreaser. So: don't eat the peel in your gin and tonic.
232
Vote up!
236
Vote down! 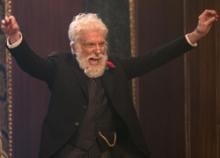 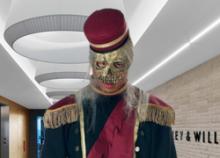