A group of 80 students beginning their GDL at BPP University have written to the Dean complaining that using online materials is causing them "worry and anxiety" which is "completely unacceptable".

While it may seem like an unusually specific deciding factor, the petitioners claimed in their letter to Andrew Chadwick that "many" prospective students "chose the PGDL course with BPP based on the promise that hard copies of course material will be provided".

But the students said they had been "categorically told we will not receive hard copies of our study materials", and will have to make do with online materials instead.

BPP has said it will provide hard copies to individuals who qualified for learning support, but the students argued that the £30 cost of obtaining the requisite note from a clinician was a fee "some students may not be able to afford". They claimed the result was "unfair and to some extent discriminatory".

Adding that there had been issues accessing BPP's online student hub which meant they could not complete their reading for induction week, they accused the university of  "incompetence" which had "caused much worry and anxiety to many of your students already, before the term has even begun". Demanding real books, they said that BPP University "intends to start induction week with a lecture on 'wellbeing' so this situation is completely unacceptable". 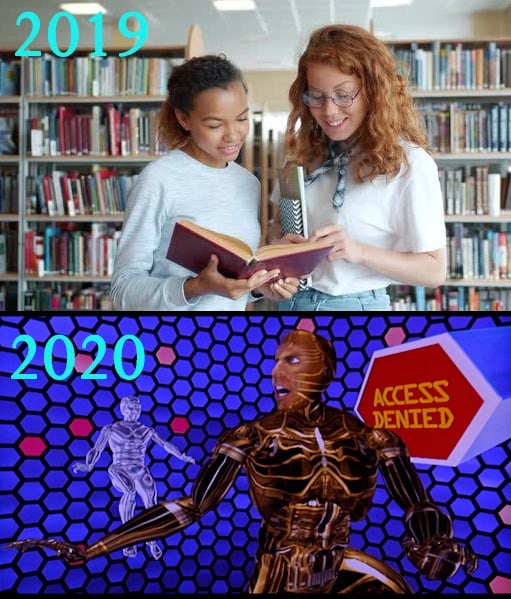 The Uni received another angry letter in July from existing students dissatisfied with the manner in which it handled the shift from face-to-face teaching and in-person exams to a largely online experience.

At least BPP can rely on some students to put in a good word. Ten people will be studying for free after winning bursaries awarded out of BPP's £1m scholarship fund this week. “I truly believe that this has changed the trajectory of my life", said Nadia Desouza, one of the recipients. "I come from a single-parent family, and, financially, would not be in a position to fund this degree".

This summer BPP was granted indefinite degree-awarding powers, coinciding with rumours it is going back on sale.

Hello all angry BPP students, feel free to email [email protected] if you need to vent.

Haha thanks for including my quote ! Love this news site !

What I wonder is how anyone could think that BPP's failures during lockdown were a one-off. The issues are still going on.

They should be provided with printed materials and physical text books as BPP GDL students used to get. Not everyone can easily look at 5 documents at once on a screen or flick between them.

For those who wrote the letter, please reach out to me so I can discuss what recourse you have and possibly get you tied into the formal complaint when it is appealed to the OIA later this month.

This is good praxis.

As a pointer to the organisers/signatories of the letter - it helps to get the word out as soon as possible. The Law Society Gazette (Jemma Slingo), The Lawyer (Richard Simmons) and Legal Week (Hannah Roberts) have all covered BPP's failings with the LPC and exams in the past year.

Another important point is that if there are grounds for a formal complaint, one should be submitted asap. Consult Part K, section 2 of the Manual of Policies and Procedures.

You know that your university has fucked up when there are at least three emails for disgruntled students to vent to.

Get used to being fucked over, it will get you used to life as a Solicitor

Does anyone happen to have a copy of the letter?

I cant help think there is something more behind this - have BPP not paid their bill or something ROF?

Where's BPP response? There's no ongoing investigation or complaint, and they've provided comments in older articles about other complaints made against them.

Has anyone not seen the chaos regarding materials at Ulaw?  Its not just BPP.

Ulaw's actually been pretty decent and had all the materials couriered to LPC-ers.

The complaint is still ongoing. The uni has 28 working days to answer. Should be hearing back in the next 10 days if they don't delay with some excuse.

If you are struggling to access your online materials just remember that the password is "snowflake".  The first 5 years of your career are going to consist of printing stuff for other people anyway so you may as well learn now.

The problem seems to be that the GDLers are not getting what they paid for. Allowing oneself to get screwed over by a PE-backed institution seems to be the ultimate cuckery. Like imagine expecting someone to bend down to some mediocre ex-sol who couldn't hack it in private practice and is now screwing over a bunch of GDL kids.

Okay - thank you. I'll be looking forward to reading their comments when the complaint/investigation is over.

My favourite hobby is watching boomers get upset at kids getting upset at things.

I shall call it Meta-Triggering.

Brings the universe back into balance.

Seems like BPP could do with a little consulting action.

A lot of the complaints seem to be the product of an uncaring institution. An institution that wants its students to actually do well would spend some time and money testing basic things like the announcements system, the process for allocating/prioritising books, the assessments system, whether the class numbers are okay, etc. An institution that takes a 'least costs' approach to teaching does the bare minimum, resulting in the issues that have been brought up in the two recent complaints.

BPP is not as good as Ulaw at doing PR.

Ulaw pretty much did the same, a lots students angry too, However, they are also avoided public embarrassment.

Is this just the case for GDL? As I'm on the LPC course and we have been told we are getting the hard copy materials, we just have to fill out a form and will have them sent to us.

Is this just for the GDL? As I am on the LPC course and we are getting the hard copy materials all sent to us. Seems strange they are providing them for one course but not another.

I think its just the GDL because they arent required by the SRA to have proctored exams like the LPC, so they theoretically don't need hard copy books with them. That doesn't explain why the uni didn't send books to the last set of LPC students who DID have proctored exams with no books but its BPP.

F*** me when this lot are confronted with a borderline sociopath M&A or debt finance partner requiring a couple of consecutive all nighters, how the hell are they going to cope?

"BPP students whiny ballbags" hardly a new thing. These dicks will complain about the rustling of paper to try and get their exam marks bumped up.

Most of these dimwits will be getting their course paid for anyway, as with the SQE coming you'd have to be a re***d to pay BPP's prices for a worthless conversion course. At least they are getting their experience of writing a snotty letter without any legal knowledge, so can bypass the need for a litigation seat/course.