In the exchanges on the 'Dodgy Blokes Soc' group chat, law students including future Hill Dickinson trainee and General Secretary of the Bracton Law Society, Matthew Bell, and an RPC Brand Ambassador and the BLS pro bono officer, Alex Crawford, appear to have used racial epithets to refer to their peers. They also appear to have proposed a race war and joked about gang raping other students.

Screengrabs of the chat were exposed on Twitter and Facebook by Exeter Uni Law School student Arsalan Motavali, who said he decided to reveal the messages after seeing the coverage of racist chants at Nottingham Trent University.

In the chat, the students appear to have frequently used terms such as "n***er", "coon" and "monkey". Bell allegedly suggested organising a social "where we invite pure ragheads and turn them away". First year law student Bailey Grant appears to have replied that they should hold the event in South Africa instead as it "means we can add in gang rape". He allegedly said they could "buy blacks in bulk" and put "bars on the shed". Crawford appeared to reply "You only need to go as far as Mauritania to get slaves. Much cheaper". In January this year, the group again turned to rape, with Bell allegedly commenting, 'Hey rape is funny'. He appears to have asked Grant to tell a female student they knew that "we'd all like to gang rape her".


Motavali set up the WhatsApp group in 2017, but said that when Bell took over as the administrator and added more students the content "became increasingly racist and deplorable". Motavali said he decided to stay in the group to collect evidence. "I refuse to stand by and let such people who speak in these terms go on to recruit at future law firms", he said, while "cowering behind their phones and talking like this about people that are part of the society they represent".

In the chat, Bell appears to have said of a fellow student, "He's such a stupid little arse licking paki". Ash Chandraharan, who is currently running to become the next Bracton Law Society General Secretary, is shown allegedly replying, "He's why I'm for racial discrimination", and referring to another person as "such a dirty arab".

The group also apparently discussed a photo of London Mayor Sadiq Khan at a football stadium. Grant, allegedly identified in the screenshots by the last three digits of his number, 594, appears to have commented, "I'm disgusted", "get that cancer away from my ground" and "this is why we need a race war".

This morning, within 15 hours of Motavali posting the messages on social media, Hill Dickinson and RPC have both severed ties with Bell and Crawford.

In a statement, Hill Dickinson CEO Peter Jackson confirmed the firm had terminated Bell's training contract. He said, "Following serious allegations made against an individual who was due to join the firm in September 2019, we have now spoken to the individual and revoked his offer of employment. We are deeply disturbed by the messages that were brought to our attention last night and would like to stress that the views expressed by the individual and others involved in this matter do not in any way represent the views of the firm and we absolutely do not condone this behaviour."

RPC Training Principal Simon Hart said that the firm had ended its relationship with Crawford. The student, who did not have a training contract with RPC, was paid by an agency on behalf of the firm to promote RPC on campus. Just not like this. Hart said, "We are absolutely appalled by what we have read this morning, and condemn this sort of behaviour in the strongest possible terms. It is indefensible, vile, and has no place in any society. Despite the fact this individual was never an employee of RPC we, of course, treat the situation as seriously as if he was – it goes wholly against everything we stand for. We can confirm that we are no longer working with him in any capacity. We have also decided to terminate our Brand Ambassador agreement with the agency who employed him with immediate effect".

Bracton Law Society said in a statement, "Bracton Law Society has taken the decision to remove those involved from committee, ban the candidate from the ongoing election and indefinitely ban all those involved from the Society. The Society does not condone or tolerate such behaviour". The University of Exeter said it was investigating the allegations.

Alleged screenshots from the group chat: 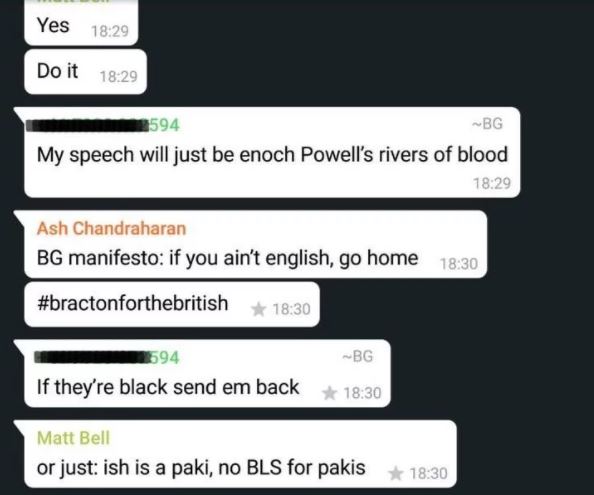 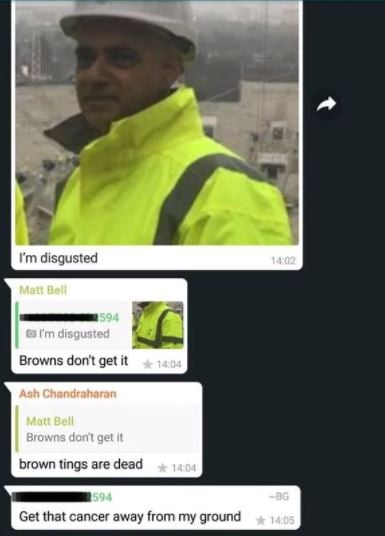 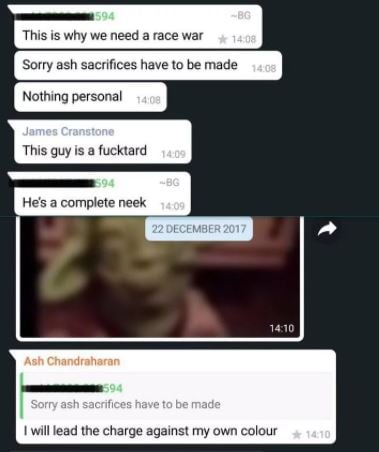 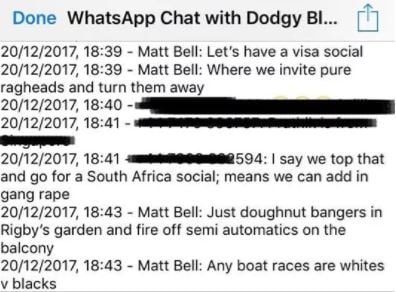 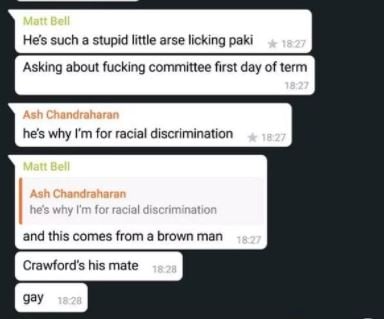 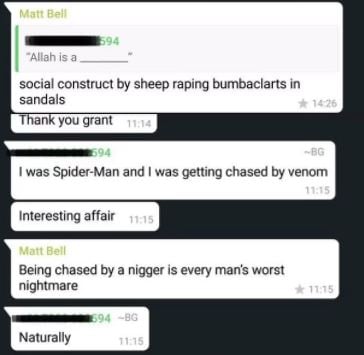 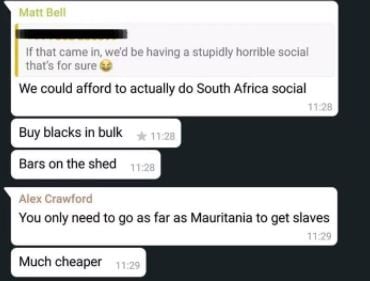 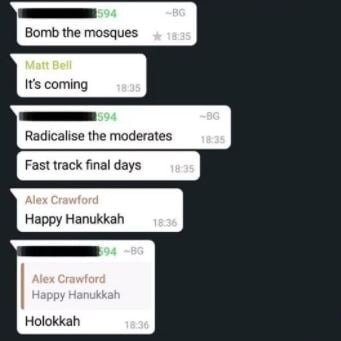 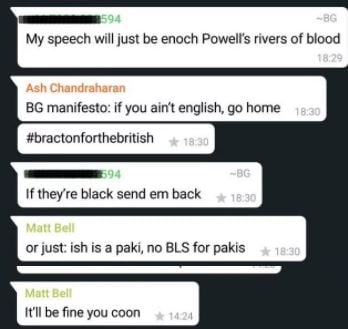 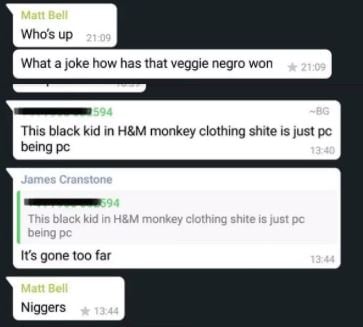 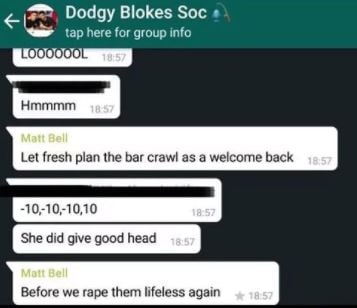 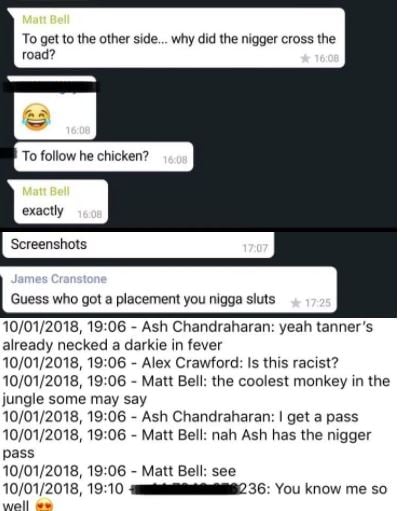 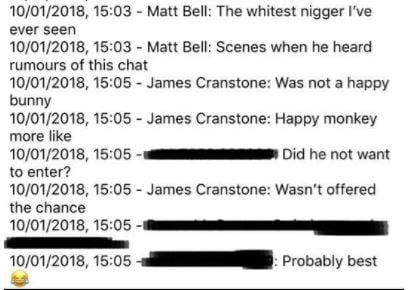 Shame on you ROF for posting this Arturo vile in your blog as opposed to featuring this horrific report on your front page news section. The question is why?
173
Vote up!
183
Vote down!
22/03/2018 Er...because we only publish our News on a Friday (clue's in the title).
166
Vote up!
176
Vote down!
Surely these people shouldn't even be allowed to enter the profession? Doesn't their conduct fall short of the SRA rules?
172
Vote up!
170
Vote down!
I went to Exeter. The biggest shame is that this was an entire group and only one good student spoke out. In my (pre-social media) days at uni such comments would have been swiftly put down and I'd probably disown them as a friend. This isn't "ladz bantz", it is nasty and it is illegal.

I sincerely hope the University expels these students and that the police prosecute. Nothing less is suitable for them.

166
Vote up!
182
Vote down!
Mother of God.
171
Vote up!
174
Vote down!
Well, it's Exeter. It shows.
168
Vote up!
169
Vote down!
This is scrotum-achingly cringe. I can't even imagine what it must be like to be the old man of one of these types.
176
Vote up!
162
Vote down!
I went to Exeter and, quite frankly, I am ashamed to be associated with the place right now. Surely there is a strong case for these jokers to be removed given the adverse publicity they have bought on the place? Shame on their parents.
170
Vote up!
171
Vote down!
Not surprised.
171
Vote up!
169
Vote down!
What is more surprising to me is that ROF has relegated this story to the BLOG instead of the NEWS page to give it the attention that it deserves and to highlight a big problem in the legal profession. This is deplorable, but what is worse is those who have slipped through the net are are now partners at some of the world's and Country's largest law firms, who refuse to offer qualified lawyer jobs to Black people and other people of colour but more so black people however, disguise their racism and prejudice as something else. Then have the check to coin it as "unconscious bias" when it is anything but this!There are many of these types floating around the country.
175
Vote up!
171
Vote down!

EXCLUSIVE Firm which blamed COVID-19 for redundancies accused of misleading staff
But you said...