An employment tribunal has ruled that BPP unfairly dismissed a manager who suffered from anxiety, depression and autism.

Elizabeth Aylott joined BPP in 2009 as an employment law lecturer, and was transferred to head the "functional skills" department in April 2018. Her manager, Juliette Wagner, described Aylott to her new supervisor David Donnarumma as "mad as a box of frogs but a good worker". Donnarumma later recounted the comment to Aylott.

Aylott suffers from an autistic spectrum disorder (ASD), anxiety and depression, and the tribunal found that BPP had knowledge or "constructive knowledge" during the course of 2018 that Aylott had those conditions. The university was also aware that Aylott was on antidepressants following difficult personal circumstances: her husband died in 2011, her son was diagnosed with ME in 2014 and her father became severely ill in 2018 before passing away in 2019.

Over the summer of 2018 Aylott was working around 60 hours a week, including weekends and evenings. She felt overworked and had to cancel a summer holiday, and on another occasion, went into A&E after a work-related panic attack.  A "pivotal moment" came in September 2018 when a BPP Director made a complaint against Aylott claiming she had been rude on a webinar and also pushed back on jobs because of her team's workload. Aylott was "angry and frustrated" about the complaint and emailed a manager saying she felt like requesting time off in lieu for all the evenings she'd worked.

From September 2018, Aylott made her managers and HR aware of the difficulties she was facing. In one meeting she told them that "she had suffered a breakdown, felt over-loaded and could no longer cope". She reminded them that she was a widow with two children, and also said she was drinking alcohol to cope and had experienced suicidal thoughts.

HR Business Partner, Steven Shaw, held calls and meetings with Aylott. In one call he told her that someone of her experience should be able to manage their workload. On another occasion he told Aylott that her feelings of stress were based on "perception" and that other managers were working similar hours to get jobs done. 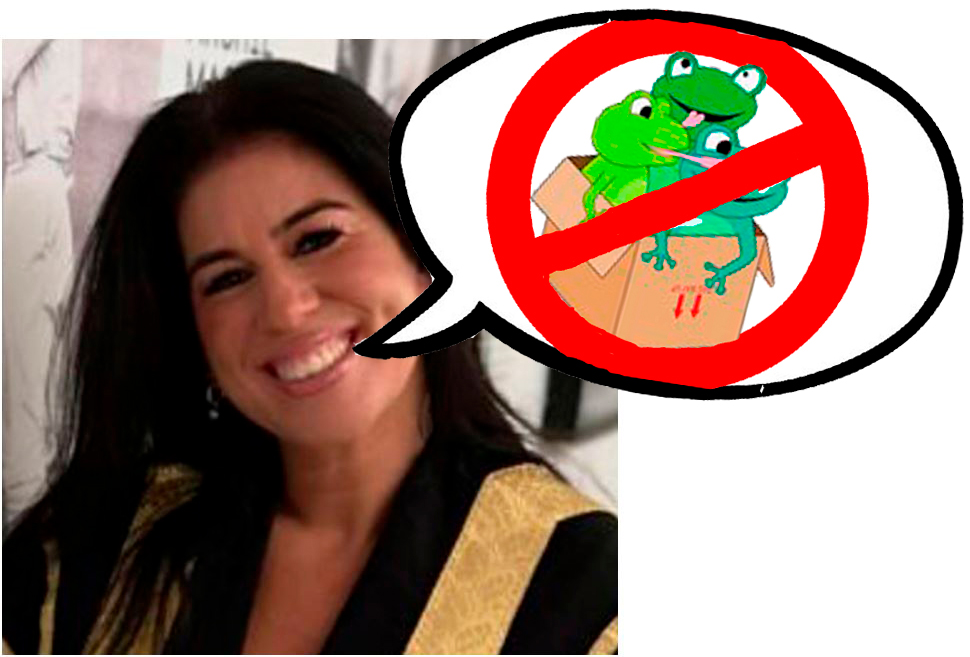 Probably unwise to say it, however good the intention

In November 2018, Aylott asked BPP for a referral to see an Occupational Health professional; but this was not granted by the university at the time.

Aylott took a number of days and weeks off with sickness; and at one point her GP said that she was only fit to work two hours a day. Donnarumma arranged other staff as cover, and estimated in an email that Aylott's absence cost the business £12,000.

Aylott told BPP that she was struggling on the statutory sick pay of £80 a week, but the university said it would not extend its 15 days of contractual sick pay. In January 2019, she brought an internal grievance saying she believed she was treated differently because her issue "was a mental health issue." Aylott's complaint to BPP was unsuccessful and she resigned in April 2019.

She has now succeeded at the employment tribunal for a claim against BPP of constructive unfair dismissal. The tribunal gave numerous cumulative reasons for reaching its decision, citing Wagner's "mad as a box of frogs" comment as "inappropriate and unprofessional", and said Shaw's comment that Aylott should be experienced enough to manage her workload was "crass and insensitive". The tribunal slammed BPP's stance on sick pay and its failure to reduce Aylott's workload or provide her with additional support.

The tribunal also ruled that BPP's "surprising failure" to refer Aylott to Occupational Health in a timely manner, amounted to "unfavourable treatment" because of "something arising out of a disability". The tribunal said that Aylott had a need for adjustments to her role, but Shaw was "of the view that managers working in excess of contractual hours was normal", and that he did not want to obtain input from an Occupational Health professional to make adjustments.

The amount of Aylott's compensation will be determined at a remedy hearing in July.

Other claims brought by Aylott were dismissed, and the tribunal found that BPP did not commit direct or indirect disability discrimination (contrary to breathless reports elsewhere).

A BPP spokeswoman said: "Whilst we respectfully acknowledge the findings of the tribunal, we have submitted an appeal, so cannot comment further on the case at this time."

No doubt this will be featuring in BPP's next employment law courses.....

The £12,000 that covering this poor lady's sick leave cost BPP must pale into insignificance compared to the value of the unpaid overtime that she will have done for BPP over the years.

Mr Shaw now has a tribunal judgment condemning his behaviour, which will haunt him for the rest of his career. A warning to us all (or at least those tempted to make "crass and insensitive" comments).

The Claimant actually won her disability discrimination claim (under section 15 Equality Act 2010, which is discrimination arising from disabiltiy). Please see paragraphs 1, 273 – 274, 280 of the Tribunal’s Judgment.

What idiot manager would recount the frog comment directly to the victim!!!

I live in fear of off-hand comments and banter from 6 years ago being recited back to me in distorted form and out of context. The problem with this system is that if people want to leave their jobs and get a decent payout, they have to lash out at someone and assert some kind of discrimination so they can get claim constructive dismissal. I have seen this cause devastating effects for those accused - when all the claimant wants is "money to go away and leave you alone".

What idiot manager would make the frog comment about a team member in the first place.

@14:52 It clearly hasn't occurred to you that the real thing most employees want us not to have comments made about their personal characteristics not made at work.  Try acting professionally and you won't have anything to fear.

Presumably the title “HR Business Partner” was organisational irony. Not much partnership in evidence.

James, was it really necessary to include so much detail of this poor woman's troubles in your article?  I get that it's now publicly available information, but it seems quite intrusive to publish details of her son's health diagnosis and her struggles as a widowed mother.

A barrister thanks for that, thought it would be the case from the reference to “unfavourable treatment”.

Seems like a sort of essential part of the story that she won a disability discrimination claim. Particularly as if the Tribunal finds that this was causative of the dismissal (which seems likely given the circumstances) she could get relatively megabucks depending on her employment since then.

Complaint to CIPD (they have a Code of Conduct) about HR?

Genuine question- when HR tell a person that something is their "perception" does that mean they don't believe them or that they are not taking a view and are saying they might be right?

I believe the comment of as mad as a box of frogs was verbal, how did she prove the verbal discrimination?

The tribunal said that Aylott's claim of direct and indirect disability discrimination did NOT succeed. See the opening on pages 1 and 2 of the judgment.

The tribunal said BPP did unfavourably treat Aylott because of something arising from a disability (which is different to direct and indirect disability discrimination).

Agree that @A barrister above is wrong to say the Claimant won her disability discrimination claim.

The Claimant did succeed in "unfavourable treatment" for something arising from disability. But that was brought as a separate claim and is not the same as a disability discrimination claim.

Disgraceful to call someone with autism 'as mad as a box of frogs', even more so when that person is your manager.

Most of the partners in my firm are as mad as a sack of rats / box of squirrels / bag of nuts / crate of badgers. I wouldn't ever tell them that though... Shame that there's no SRA sanction for breaching the "banter in confidence" conduct rule.