A team of around 30 document support staff at BCLP London are being made redundant. The timing couldn't be much worse for the affected staff.

BCLP was transferring staff to a firm called Epiq in the US who currently do work for the BCLP's American offices. The firm started a redundancy package for those who did not want to be part of the Transatlantic transfer and offered a package to those employees equivalent to the statutory amount plus an enhancement of around £3,000, said a source.

“In this difficult time with little prospect of alternative work” the firm “is sticking with three months notice”, despite “some of the team having been at the firm between 20 or 30 years”, said a source. They said the firm had offered a more generous six months notice in a previous redundancy round in 2013, and that situation was “nothing like what we are facing at this time with prospect of less vacancies in the market”. 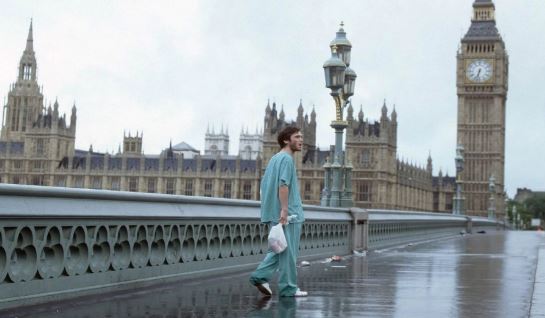 "Hello, are there any jobs out there?"

The firm is putting together agreements for the affected staff “that costs around £500 for a lawyer to draw up - money that would be better added to the package”, complained the source. “Consultations have reached the end of the line and it is envisaged that all the team will have to accept the package BCLP are offering despite protest by all the team” as the firm has made it clear “there is no more money available”.

A spokeswoman for BCLP confirmed that "as a result of a review undertaken by the Firm, which was completed in February, the services provided by our Document Professional Services department will shortly be transferred to an external provider". She said it would result in a number of redundancies in the London office, "but we have worked closely with those affected to try to find different roles for them within the firm."

On timing, the firm's spokeswoman said, the consultation process was started "some time ago" and the firm was "unable to anticipate Covid-19 and are sorry that this is not going to be an easy time for those involved".

"We will continue to ensure that everyone is  fully supported throughout this difficult period and have extended our  private medical cover to allow people to access counselling at this time," she said. "We will also be covering the cost of a 2-month outplacement support programme to assist with the transition to alternative employment."

They’ve also just asked associates to take a 15% pay cut, no doubt timed to avoid it hitting the press before the long weekend.

Given that they could easily and legally furlough the staff on 80% of their salary paid by HMG (up to £2.5k obvs) for barely any cost, this certainly seems an 'interesting' move.

BCLP has been surprisingly quick off the mark with this. Perhaps down to the US influence post-merger.

So they're offshoring document production to the US?

I assume all their documents will come back on 8.5x11" paper, with all paragraphs and punctuation removed, random insertions of WHEREAS, WITNESSETH and other RANDOM CAPITALIZED WORDS and the substitution of s for z in various places?

Poor bastards - redundancy is probably only marginally worse than being made to work for the absolutely incompetent shower that is Epiq. 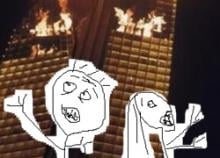 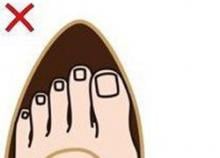