In a rare piece of good news for people with COVID-19, wannabe barristers who self-isolated after showing symptoms of the virus may have received an easier ride in interviews at the Inns of Court.

11 candidates said they could not attend because they were self-isolating in line with government advice on COVID-19, so Inner Temple offered them telephone interviews instead.

But a healthy student who applied in person said the sicknotes had an "unfair" advantage, because they could google the judgment which candidates were asked to analyse.

"Candidates interviewed by phone had access to the internet and to these case notes", he said, and, inbetween a burning fever, an inability to breathe and bouts of uncontrollable coughing, they "likely looked at these". Those dirty, terrified cheaters.

But the good fortune enjoyed by applicants canny enough to have caught a life-threatening virus didn't end there. 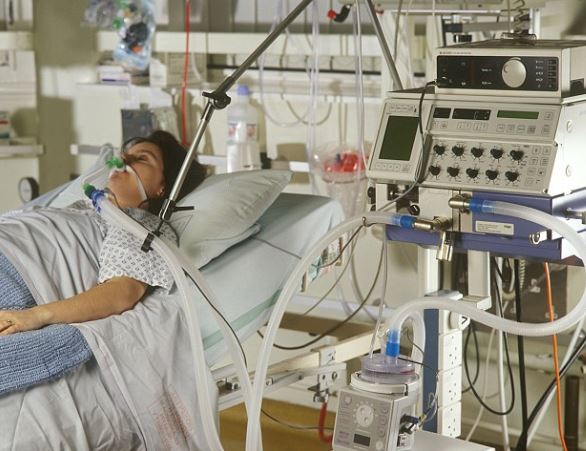 Some people get all the luck.

Candidates had to pick one of three judgments to analyse, but only people interviewed remotely were able to scan all the options first. "Candidates who attended in person could not do this: we had to pick one area of law (each had a corresponding judgement) and could not look at the others", he said. "The interview process was just unfair".

In a statement, the Inn said, "copies of the case and candidate guidelines were sent, via timed email, to be received at the same time they would have received the case had they attended in person. Sending digital copies of the case, via timed email is standard procedure for the Inn, where candidates are interviewed virtually, due to illness or living/working abroad. There is no evidence to suggest that those interviewed by telephone had any advantage over those interviewed in person, or vice versa".

Have YOU spotted someone benefiting from nearly dying in a pandemic? Outrageous. Write in.

And in today's episode of gripes that could only be written by a straight white male private school boy who "honestly isn't all that privileged" we are proud to present...

"11 candidates said they could not attend because they were self-isolating in line with government advice on COVID-19" is not same as actually having contracted the virus or even suffering from "burning fever, an inability to breathe and bouts of uncontrollable coughing".

While lots of ad hoc measures these days are implemented with good intent, there's alway the freerider problem and the risk of people exploiting those measures. There are enough examples showing that tough times not only bring out the best in people.

Therefore, I can understand that one may be worried that (i) others should exploit remote interviews for unfair advantages and (ii) this will affect said candidate's further career path.

@anon 09.46: how you could find out about sex, race, sexual orientation and education of said candidate (and their relevance - for that matter), is a misery to me...

Agree with Anon 12:31.  This bar student's concern is a legitimate one, and Inner Temple's response does little to convince that the obvious potential for looking things up (balanced against the possibility - but not certainty - that a telephone interviewee was actually feeling ill) is being taken into account when deciding how to allocate the scholarships fairly. Receiving one of these scholarships is usually accepted by chambers as a pretty authoritative kitemark of objective talent, and can set up a new barrister for life; the process is extremely competitive, and the competition should be a fair one.  RoF should save its (usually judiciously applied) "mild scorn" treatment for more deserving targets.

Are you people for real?

So what if someone suffering from a life-threatening disease got a 0.001% advantage in an interview?