As Dentons continues to investigate whether one of its Middle East partners wrote a barmy anti-America screed, new allegations have emerged that other partners in the region exploited a Syrian refugee, indulged in rampant nepotism and got deported as a national security risk.

The eye-popping claims were sent to Dentons' global management this week by an anonymous individual purporting to represent a group of "Concerned ME Partners".

In the email correspondence, 'CMEP' alleged that a top Middle East Dentons partner referred clients to a document translation service run by an individual who was "not a translator", but "a poor local native who has always worked as the personal driver and house servant" of the partner's family.

CMEP alleged that the partner hired a Syrian refugee who was formerly a translator in Damascus to carry out the actual work. They said that "thousands of emails from Dentons personnel" were sent to a hotmail account belonging to the refugee.

Meanwhile, payments from clients totalling "hundreds of thousands of dollars over the years" were allegedly made to an account in the name of the partner's house servant which flowed through to the partner. CMEP provided Dentons management with the names of those allegedly involved, together with the relevant email address and the bank account details for the translation service.

CMEP accused the same partner of nepotism, alleging that he was allowed to "fill the ranks...with his own family members", including placing "many lawyers" in the region's Dentons offices "who are his sons, daughters, nieces and nephews". CMEP said the partner hired other family members for administrative positions.

CMEP wrote, "What about the super and qualified trainees, lawyers and staff who apply for vacancies but don't get the jobs because they are not privileged to be in [the partner's family]?"

The emails, leaked to RollOnFriday, alleged that another partner in the Middle East region was deported "for reasons of national security" from the country in which he operated, but that the incident had not been investigated. During the partner's many years with the firm, said CMEP, he "had unlimited access to countless sensitive files" on clients "including European, British and American defence and energy companies".

The whistleblower/troublemaker asked Dentons management if the firm should "warn clients and inform them about these potential security risks", and also investigate how "an unknown Syrian national has been handling their sensitive and private data".

In his reply, UK and Middle East Chief Executive Jeremy Cohen implored the group "as a matter of urgency, to speak to me personally both to discuss your email and to ensure that, if any of you has any further information that you feel should be brought to our attention, you do so".

In a statement, Dentons said, "We have received further anonymous communications containing allegations against certain personnel in our Middle East offices. Our repeated attempts to engage with the anonymous senders of these various communications have not resulted in any information beyond the initial allegations. Nevertheless, we take any allegation of violations of the law or of Dentons Global Code of Conduct very seriously, and we continue to investigate".

It said, "Parts of the anonymous communications refer to historical matters of which we were already aware and have where appropriate already investigated, while others refer to claims which only recently came to our attention."

I realise that the temptation to inject a little collagen into a story is ever-present, but is there actually a story here?  I mean, which of us can honestly say that we haven't asked our family's house servant to email foreign clients?

Anonymous: 0914 - Absolutely.  But make sure that you only send over confidential emails and files, and don't accidentally include a sock. One never wishes to give one's house servant translator with his manumission in error.

Great job RoF continuing to expose the atrocity that is Dentons Middle East. One would hope that Dentons would be forthright with new lateral partner hires about the myriad skeletons in the closet during joining discussions prior to hiring but seems not to be the case. Be warned ye who enter!

Dentons will cover up these new allegations like the Bin Laden supporter who is still working at the firm. Will Dentons report this to the SRA? Will the SRA get involved? What is the Dentons obligation to inform clients about this especially the defense clients? This assumes that the Syrian national did indeed translate for these clients. Dentons has an obligation to report this. Dentons was recently hit with a $32m claim in the US and so Dentons is no longer able to hide behind the vereign structure for its ethical obligations. This is a real mess. This creates liability for Dentons not just in the Middle East but also across the globe. Dentons must report this, but I am sure they will just cover this up. All of the allegations that have come out can be easily proven or disproven. At least this is good business for the CIA spoof hired by Dentons.

The picture in the story really did make me chuckle. Too effort, RoF.

Something is rotten in the state of Denmark?

Lots of hard evidence RoF. Why does it seem Dentons is more focused on catching the “troublemaker” rather than responding and fixing the problems? I guess that’s the Middle East culture but Dentons is supposedly “polycentric” and the trendsetter.

Too true Soft One. Can Dentons really get away with saying: "Our repeated attempts to engage with the anonymous senders of these various communications have not resulted in any information beyond the initial allegations", despite all the specific details that ROF has uncovered?! Seems like another whitewash if you ask me. Being the largest law firm does not mean you can ignore and make up your own facts. You are not the Empire.

What happened to the Four Lions quotes?

If the past is any indicator of the present, just read (https://www.rollonfriday.com/news-content/sra-prosecute-dentons-hr-cover), which is why SRA probably will get involved again @Cheung.  @Bina Hale, according to Joe Andrew, Dentons is not an "offensive" and "colonial" firm. But although nobody is wearing a Darth Vader mask, the vast majority of senior lawyers and partners at Dentons Middle East are old white men. Seems pretty "colonial" to me. Care to explain Joey? Or maybe defer to the good old (white) boys club Elliott Portnoy and Jeremy Cohen. Facts? Facts don't matter, facts are whatever Dentons says they are. Keep rolling ROF may the force be with you.

Ya @Mahmoud. Don't preach to me Dentons about all your wokeness (Big Inclusion Project, Catalyst, LEAD, Sayyidat, Mindfulness, KEEN, the list goes on), and then fail to implement your own woke policies in hiring, promotion and compensation. Hypocrite colonisers. 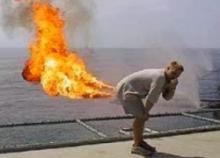