A prominent barrister is moonlighting as a sex cam model.

'Marcus' has acted in several high profile cases and has featured prominently in the media.

He appears under a pseudonym and does not allude to his day job on his profile. However, he includes an album of photos which appear to have been taken in his kitchen and which clearly show his face and bright red underpants. 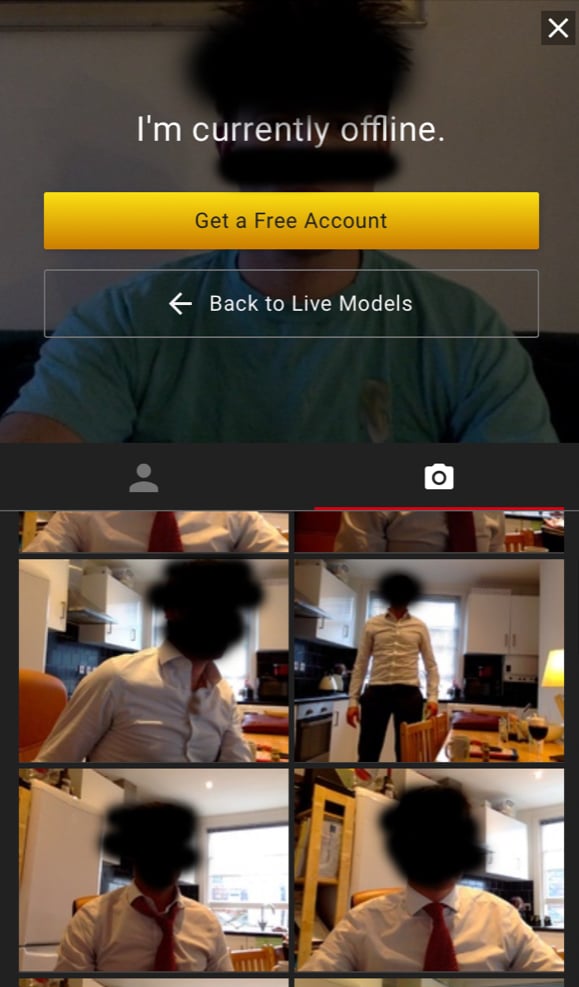 In his shows, Marcus takes instructions from viewers who are expected to tip him using an online currency. They also have the option of paying the brief extra for a private show.

The barrister appears to be quite popular and performed as recently as last Saturday. He currently has a four-out-of-five star rating.

On his sex cam profile, Marcus describes how his shows "typically tend to start slow and sensual, but th[e] pace and variety increases. During the show I can employ a number of toys and sundries for climax". 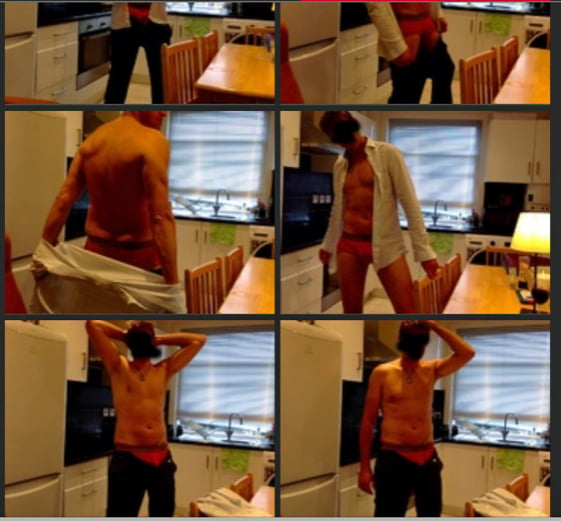 Gonna get him to put on a wig and read Crown v Brown, ooo yeah.

"you name it and i have done it, more than on[c]e", writes Marcus in the 'Expertise' section. "im unshockable, really. and im not just saying that, i have no limits in sexual output".

RollOnFriday would advise Marcus to just check for typos, as at present he states that "I get turned off massively" when the other party becomes aroused, which might be a revenue-limiting admission. 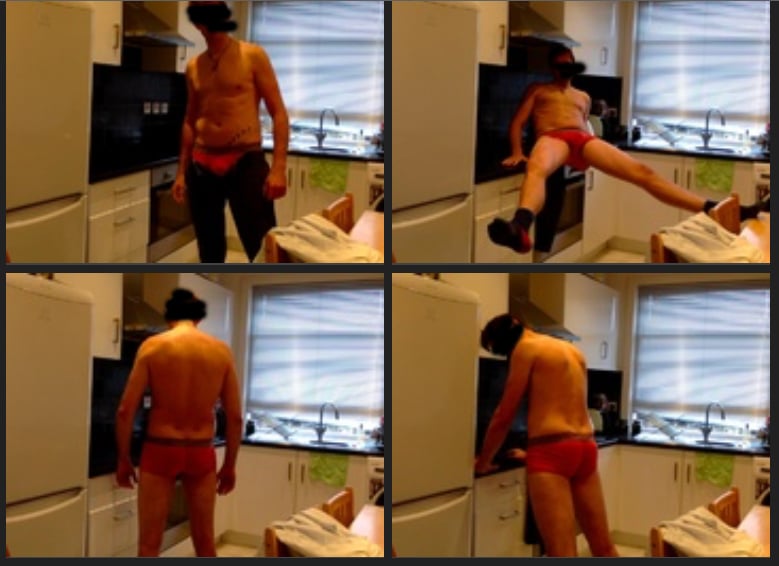 Top marks for the cheeky over-the-shoulder peek, but top right is an extraordinary interpretation of sexy.

There are no words. Except a safe word. 'Objection!' maybe.

I'm not sure that this is fair. Regardless of any legal arguments, why is it right to expose someone's private life, given that he's tried to keep it separate from his professional life? The excuse that RoF have anonymised him doesn't work, as the tabloids are likely to be all over this, thanks to RoF.

He’s not on a dating website, he’s selling live video of himself. It’s not his private life, it’s his professional life. He’s also not hidden his identity at all other than using a different name. They’ve been generous not naming him imo

I wonder how Jamie happened to come across this...

That's his career / relationship, etc. over

He's ahead of the curve. We shouldn't aim for one lifelong job, but a portfolio of projects we're passionate about. He's leveraging the gig economy to his advantage, a bit of bazzaring here, a bit of camming there. He probably has an allotment too. We should all be so forward-thinking.

It's a mistake to think this is somehow shameful, too. If you drew that conclusion, you're out of touch with the next generations, most of whom are very familiar with person-to-camera-in-room media via youtube, and also with distance sex work (camming) as a means to make cash - as the story references.

Yes, the customer always comes first. He is paid a week in hand and always gets a tip. He says there is a new opening soon, If you want to fill his position.

Outing sex workers leaves a bad taste in my mouth. This is legalcheek tier reporting, RoF normally had a shred more integrity.

They haven't outed him, DSPT. He doesn't actually have a black blob for a face. Also, in real life he has a name that I'm guessing is not Marcus. They haven't even said which website he's on. You don't know what outed means.

Also, he isn't just a sex worker, he's a qualified barrister. And you are betraying that you think sex work is shameful.

Is is Lord Lester?

That's a lot of photos and research conducted by ROF.

Says just as much about ROF as the barrister.

I am a big fan of ROF but I think this story is misjudged. Both the fact that this is deemed newsworthy and the way it was covered suggests the guy is doing something wrong and/or shameful. He isn’t. He is entitled to a life outside work and this article endangers his work and private life. At least this Roffer would prefer that you didn’t run such stories in future.

Anonymous 15:04. I don't think the story takes a view whether it's wrong or shameful. The fact you think it does rather suggests that YOU think what he's doing is wrong or shameful, and are angry that it's been publicised at all. How does the way it was covered offend you? The story makes a few light gags about it but...come on, this is rof and dude's a barrister doubling as a sexy model.

Anonymous 15:21 - You may have a good point and I am being extremely unenlightened, but I am not keen on my colleagues / clients knowing about my sexual activities. Perhaps wrongly, I assume he (and others) don’t either. What someone does outside work is up to them. Publishing this story on a forum his colleagues / solicitor clients may read can cause embarrassment (or worse). It would be great if we lived in a world where these things don’t cause embarrassment and where people wouldn’t judge but I don’t think we do. I suppose ultimately I don’t see a public interest point here; just what might be of interest to the public.

15:37: you say you are not keen on others knowing about your sexual activities, and I bet one way you ensure that is by being careful not to create an online profile charging people to watch you bash off.
it’s a little thing but it really does help keep your sex life private.

If you do publish and sell video of yourself, it’s reasonable to conclude it’s no longer personal and you don’t mind people seeing it. Because, you know, you’ve uploaded it all and are selling it.

You are insistent about failing to recognise that this wasn’t ‘outside work’. You’re trying to equate it with private sexual activity, but it isn’t. It was work, which he advertised on the internet. He is charging money for a service and doing it out in the open.

Im not saying there is anything wrong with that, I’m just saying that you’re suggesting rof went into his bedroom or computer or hacked his phone or exposed a dating profile. Not the case.

I watched the videos.

Not my proudest wank.

What a bunch of po-faced bores you are. This is genius. A top bazza frotting himself to the highest bidder and you don’t think this is worthy of the legal press? Jeez...

The Bar Standards Board might have something to say about that. If said barrister wishes to earn an extra income this way, that is his rightful choice, but it is professional suicide. While members of the Bar are (hopefully) generally broad-minded these days, nevertheless a barrister's private conduct can have repercussions professionally. The 'bar', so to speak, seems to be much higher for counsel than solicitors (of whom, in the latter case, RoF reports regularly on drink-fuelled groping).

Click bait - come on rof you can do better than this

This is totally unnecessary shaming and exposure of a sex worker.  There is no value in this story except gossip and the cost of it is that this person could lose a career that he's worked hard and spent a lot of money to pursue.

RoF, you disgrace yourself with this story.  You have sunk to tabloid levels.  You should remove it.

Or does RoF believe that sex workers should be excluded from the profession on grounds of taste and decency.

8.03 - rof has not exposed him. Exposing him would be naming him and showing his face. Buy a dictionary.

To suggest we should all pretend he isn’t doing this on the side, and just tell the judge quietly that ‘Dave might be late to court this morning but please be sympathetic, he was wanking for a sheikh at 4am, don’t tell anyone as it would be kink shaming’, is absurd, ya ninny.

SecularJurist 24 January 20 19:36 makes an important point re the disparity of approach between the SRA and the BSB. Lord Lester was found to have harassed a woman and abused his position (by offering her a peerage in return for sex) but was not sanctioned by the BSB.