Fiona Onasanya, the Eversheds lawyer-turned-MP-turned-jailbird, has been struck off, but used the opportunity of her tribunal hearing to insist she was innocent.

Onasanya and her brother, Festus, told police that a former lodger, Aleks Antipow, was driving her Nissan Micra when it was caught speeding in July 2017. It transpired that Antipow was in Russia with his parents at the time.

Onasanya was found guilty of perverting the course of justice and sentenced to three months in prison. She then lost her appeal against conviction, was expelled by the Labour party, was recalled by her constituents, and lost her seat.

Throughout, she has claimed that she never lied, even though it is clear that she absolutely did. 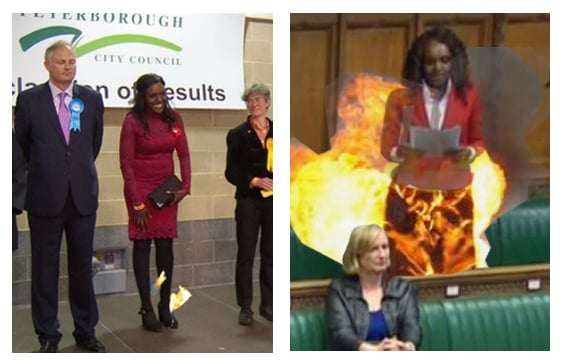 Onasanya was an for MP for six weeks before she rocketed past the fateful speed camera. Prior to that, she worked as a property lawyer at a variety of firms in Cambridge, including Howes Percival and Eversheds. Showing an impressive brass neck, she continued to act as an MP while she was in prison.

Now the Solicitors Disciplinary Tribunal has ruled that the 35-year-old failed to act with integrity, failed to behave in a way that maintained the public's trust, and acted dishonestly. It had refused her request to adjourn her hearing pending the outcome of her latest appeal to the Criminal Cases Review Commission.

Onansanya told the tribunal, where she represented herself, that she was innocent. "I did not do an act intending to pervert the course of justice", she said. "I maintain that stance, it was the same at trials where I pled not guilty.'

She also claimed that there was no benefit to her to lie about someone else driving her car, which, in the end, has been proved true.

She thought she was above the law nobody is

I sometimes think she really does believe she is innocent, that doesn't make her so, just deluded.

Her appeal was childlike and had no chance of success. She maintains she is trying to prove her innocence yet has not taken the appeal further.

I feel sorry for her.

But I thought her brother pleaded guilty? If so, that undermines her pleas of innocence.

""I did not do an act intending to pervert the course of justice", she said. "I maintain that stance, it was the same at trials where I pled not guilty.'"

Her advice while in practice must have been illegible.

A fit and proper person to be a solicitor. I don't think so. Even now she does not accept her wrongdoing.

Lol, you peasants can't arrest me. I'm an MP and a solicitor.

Its rarely sensible to represent yourself at a tribunal.

What is she saying then? That the person they said was driving was not in Russia but someone else eg used his passport to pretend he was? She seems so vociferous in claiming innocence yet there does not seem to be any defence.

Okay so she said this

"Onasanya has told jurors she had assumed she was in Westminster at the time of the speeding offence and left the NIP [ the ticket]  at her mother's house in Cambridge for whoever had borrowed her Nissan Micra to fill in. Festus later reassured her the NIP had been "sorted," the court heard.

She said she could not recall a meeting with her former communications manager in Thorney, near Peterborough on the evening the speed camera was triggered nearby.

But she could not rule out being the driver. Evidence showed that she had been using her mobile phone in the area around the time of the incident, however Onasanya told the court she never used her phone while driving."

Does being in Jeremy Corbyn's Labour party also make one unfit and improper?

I have followed this story for a little while now. I do feel sorry for her. She has lost alot over a speeding ticket. I do feel that she is being roasted by the bad press. I'm sure there must be a way for her to be able to practise law again in time. (as a lawyer I'm sure she will find a way). Whether or not she is guilty of this petty crime, I feel her punishment was too harsh for this crime.

She complicated a straight forward issue from the word go,if she had been upright with this issue she wouldn't have lost everything which is the case now.

It's never the lapse.  It's always the cover up.

She’s not well. There’s something seriously wrong with her

clearly not a deep one are you?

The offence is petty... It's the lies and attempted cover up that caused her to loose her seat, practising certificate and reputation.

Tribunal chair that stuck her off felt anxiety over the claim for 22k...and reduced it to 6k.

Chairman felt they put in a false claim and refused to allow it....Pivotal in a case regarding honesty!

The lawyer who represents themselves has a fool for a client.

'I sometimes think she really does believe she is innocent, that doesn't make her so, just deluded.' - yep, like those teenage drugs mules who get caught and say 'we're innocent coz we didn't do nuffink or know nuffink'.

As to the quality of her advice, I think the wording that she worked at a 'variety' of firms indicates how good that was.

I do wish that the MSM would use a different picture of her though, rather than the terrifying one with that aggressive fake smile.

She has clearly lied for perverting justice for a speed driving offence that should have cost 3 points on her licience and paid for it 3 times.

3) Lost her fall back legal career

Hmmmmm I wonder what would have happened to her if she was also responsible for lieing to us about Brexit or the war in Iraq. She would have probably lost her life. Boris Johnson and Tony Blair respectively enjoying life of opulence at the expense of lost jobs and children of service men who have been killed and thousands of Iraqi's who are dead because of the unjustified war

Ehn... Who you offend, Fiona, better go and beg them, cos they have taken you down to ground zero, oh....!!

Fiona is on her way to jail, at this rate. Definitely.. She'd better stop lying and just hands up, like they do in them John Wayne movies

She thought she was above anyone. Due to one simple lie, she has fallen from such a great height where she will never attain again.  Absolutely no sympathy for her. You must pay for your mistakes. She has paid a heavy price in such a way that she could never have imagined. Simple solution - don't tell lies.

I dont understand why she as lost her MP seat and been struck off? She has demonstrated beyond all doubt that she is both suited to being a solicitor and an MP with her brass neck, outrageous denials and refusal to accept she has done anything wrong.

She should be reinstated immediately. NOT

As I said she's a legaljackass.

pure racist by society shes being treated very ufairly ,while other mps whoes non black get away with more serious crimes,they could of give her a chance,but they cruelly and being spitefull by taking a way a highest career working as a black solicitor and mp which is very rare for a black women get that chance in society.

Self-represented parties are generally less well-resourced than their opponents and sadly often have a fool for a judge!

feel a bit sorry for her....she made a mistake and it got out of control

Any jobs going at your shop? 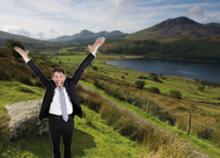 Solicitor struck off for continuing to work after firm closed 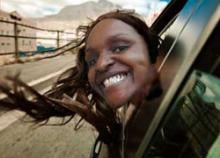 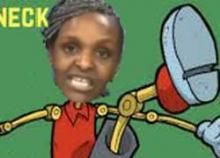 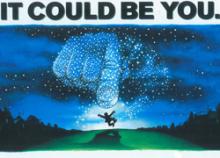