The hike, which is effective from September, means that CC trainees will be the most handsomely rewarded of the Magic Circle firms in the UK.

It remains to be seen whether the other Magic Circle firms will also boost salary. At Linklaters, trainee salary stands at £47,000 for first years and £52,500 for second years. Trainees at Freshfields and Slaughter and May receive the lowest wages out of the Magic Circle firms with both firms offering salaries of £45,000 for first years and £51,000 for second years. £6k less than CC over the two years. 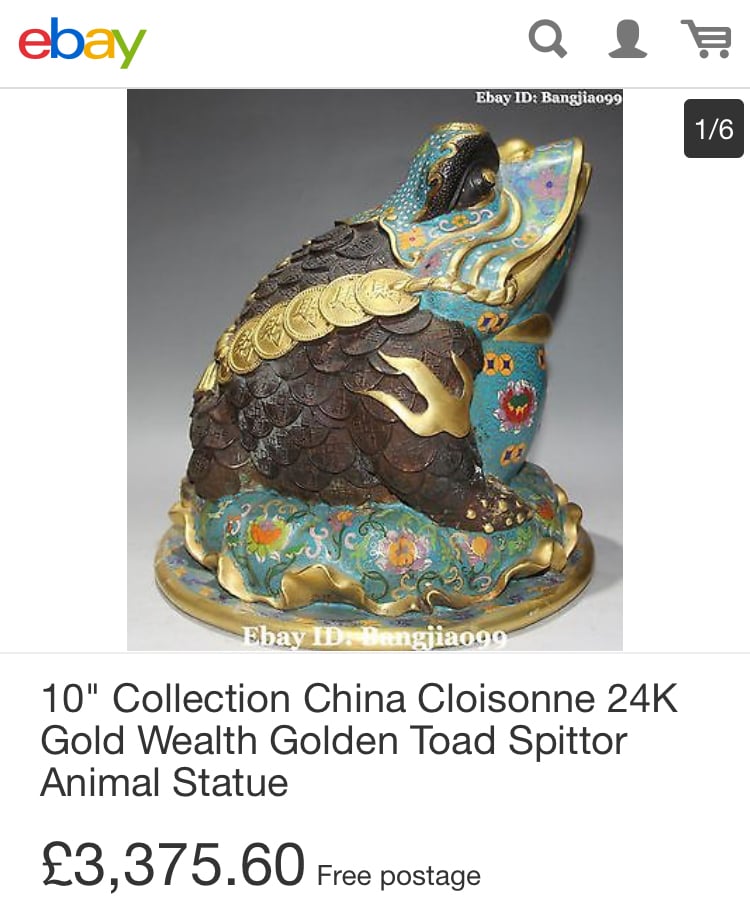 For a month's net salary, second-year trainees at CC could purchase a golden toad

However, the trainees with the biggest, shiniest watches in London are likely to be found at the US firms. Davis Polk & Wardwell showers first year trainees with a salary of £55,000 and second years with £60,000. Kirkland & Ellis, Sidley Austin, Milbank, Debevoise & Plimpton, Sullivan & Cromwell et al pay £50,000 (first years) and £55,000 (second years).

Trainee salary rises at CC and A&O, follow the NQ gold rush when Freshfields hiked the pay for NQs to £100k in May. The Magic Circle and a number of City firms scrambled to match Freshfields (and each other); although at some of those firms, the opportunity for NQs to reach six figures is dependent on a discretionary bonus.

The pay rises in the City have been widely seen as a move to turn junior eyes back from US firms, which, without a thought for the bank balances of partners at UK firms, have sprayed their NQs with salaries of over £140,000 (and that's not counting the bonus).

in the year 2000 my CC NQ salary was bumped up to £50k. in case that gives some perspective. i cannot recall the then price of 10'' golden toads.

£50k in 2000 would be £82k now, if you adjust for inflaction (https://www.bankofengland.co.uk/monetary-policy/inflation/inflation-calculator)

Legal salaries do seem to remain fairly static when you take inflation into account (which no one ever does).

Assuming toad prices have risen by average inflation rates, that wonderful specimen would have been £2k in 2000...

The challenges of finding an inflationary index that can apply to both salaries and retail prices are immense.  It is for this reason that I propose that we abandon the RPI, and ASHE, and instead peg everything to the price of a 10" Collection China Cloisonne 24k Gold Toad Spittor Animal Statue as at 9 August 2019.

Do any parents still encourage their progeny into medicine or law?  If so, the children should be revolting.