Jones Day has defended allegations that it has a sexist culture by traducing the reputations of former female employees who are suing the firm. It claimed one joined Jones Day because she was lazy and wanted to "protect her social life".

Six female lawyers are suing the US firm for gender and pregnancy discrimination, for underpaying them, for stymying their promotion prospects and for managing them out when they had children. They are seeking $200 million in damages. A seventh ex-Jones Day lawyer joined the suit in June.

They described how Jones Day’s "fraternity culture" gave men preferential treatment "even when their legal skills are notably deficient", while demeaning women and "leaving female associates to choose between capitulation and exclusion".

Two claimants, Nilab Tolton and a former associate identified as 'Jane Doe 2' said they received poorer quality work after they got pregnant, and were told to leave the firm when they returned from their second maternity leave.

Tolton and another claimant who worked in Jones Day's California office, Andrea Mazingo, alleged that social events regularly devolved into opportunities "to harass and humiliate female attorneys". A string of misogynistic allegations were detailed in the lawsuit, including one partner, Cary Sullivan, telling three female vacation scheme students to sing and dance to a Care Bears song if they wanted to receive verbal offers to join the firm. They protested, but Sullivan allegedly insisted and their performance was filmed.

Remuneration was a key point, and the complaint took aim at Steve Brogan, Jones Day's Managing Partner, alleging that every associate’s compensation was determined in a “black box” by Brogan, who operated "with essentially unchecked autonomy". Jones Day's male leadership, they said, "finds pretextually false feedback to justify passing over accomplished female associates".

The claimants alleged that they were underpaid compared to male associates in a similar role. Contrary to Jones Day's assertion that top-performing associates earn at the "upper level of the markets" in which the firm operates, the female claimants said that they did not make so-called "Cravath market pay".

In its defence, Donald Trump's favourite firm has hit back in a Trumpian manner.

The firm said that it was "misconceived and legally baseless" of the claimants to believe "that all lawyers in all geographic markets" should be entitled to the so-called ‘Cravath scale’ pay "regardless of the quality of their performance or their productivity".

Jones Day's defence got personal, alleging that Katrina Henderson, an ex-associate in New York, "struggled with basic tasks" and had never clocked up 1,100 hours of client billable work in any year. The firm also lambasted Tolton for receiving "below-average reviews in four of her last five years” and claimed that her hourly billings plunged in two years. It added that Tolton had, improbably, “joined Jones Day because she thought she could ‘do the minimum’ and protect her social life" but that she had not given "the type of performance that would have qualified her for ‘Cravath pay’ at any firm”. 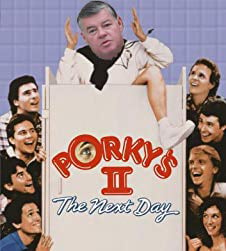 Jones Day's inclusive culture, as depicted by the claimants

Jones Day also said that the claimants' allegations of a hostile work environment were “entirely built on stereotypical tropes.” It was offensive and wrong to portray women in the firm "as weak, powerless, and incapable of making their own choices or taking responsibility for their own actions", said the firm, and "certainly does not accurately describe the women lawyers at Jones Day.” Which is true in the sense that a number of them are proving they are not weak or powerless by taking the firm to court.

Accusations of sexism at Jones Day are not confined to the US. The firm recently suspended a London partner, according to sources.

Jones Day's notoriously shy communication team did not respond to a request for comment.

Are you sure it was Jane Doe 2, and not Jane Z. Doe II Jr, or something?

Managing partner in LDN responded to the US lawsuit in his annual speech saying (mumbling) ‘its not the Jones Day I know’ and (to noticeable laughter in the room) that ‘London has had no such complaints in the last year’... he then had to fire a head of department for sexual harassment weeks later. It’s a shit show.

I love how they try to trash the claimants by suggesting THEY'RE the sexist ones.

As long as there wasn't a Tarquinus Superbus 'harrassing' a Lucretia.

Seriously, though, it sounds like a small dick culture compensated by childish, frat-boy behaviour.

How did the claimants' billable hours compare to the firm average? 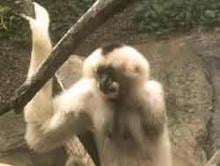 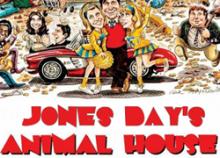 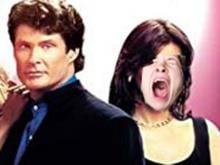 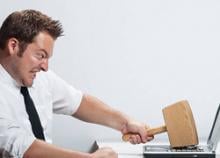