An Ashurst partner told secretaries to apologise to him one by one and made an associate do lines, RollOnFriday understands.

The partner, based in London, "threw his toys out of the pram" last Tuesday afternoon when his work was not prioritised by the secretarial team, said a source.

Ashurst made dozens of secretaries redundant last summer in a cost-saving exercise that was partly responsible for sending its profits-per-equity-partner rocketing from £743,000 to £972,000 this year.

In London, the result is that the remaining secretaries act for multiple partners. But when one of them handed over the little emperor's work to the separate document production team because they were prioritising more urgent tasks, he "snatched his manuscript amendment" from the docprod desk and "threw a tantrum in the middle of office, demanding that his work be done NOW", said a source.

The explosion made one new joiner cry, according to an insider. The partner then "demanded face to face apologies from each member of the secretarial team". 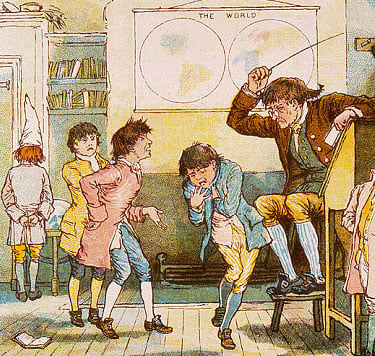 Spare the rod, spoil the secretaries and associates.

Taking a strict boarding school approach to training his lawyers, he apparently also made an associate "do lines" (not the white powder, the school punishment) for sending an email which contained a typo.

The partner suspected of being a tyrannical Victorian headmaster denied it was him*. If you know more, please write in. 500 times, after school. Also write in if you know the reason a member of the Ashurst board was recently sacked for a "conduct issue". Or if you've come across outrageous partner shenanigans at your own firm.

*Update: And he was right, it wasn't him. But we now know who it is supposed to be, thanks readers who wrote in.

I recall a partner at a firm of scrivener notaries making a trainee do lines because the trainee’s handwriting wasn’t neat enough.

The trainee simply put on his coat and walked out and never returned, not even to clear his desk. The partner in question eventually lost his marbles. ‘You don’t have to be mad to work here, but...etc. etc.’

Never, ever trust anyone who is unpleasant to their secretary.

That guy is in serious need of some training courses in how not to be an arsehole.

When I was junior, I never got to do lines with the partners.

*An accurate reproduction of the "lines" the Associate had to write out.

if true, this is yet another example of awful human beings working in positions of responsibility at city law firms.   The firm needs to send a clear message, and discipline the partner and make it clear this behaviour won’t be accepted.

Or will the partners close ranks, bury it under the carpet, and continue the toxic culture that now pervades at this firm?

Over to you Ashurst.  Show us what you’re made of and what values you really follow.

it's more common than you think, always one a hole in every team

NAME AND SHAME! What an absolute bellend.

The only lines I want to do for my partner is when we are both snorting half a gram of the finest columbian marching powder.

I once overheard a partner request of a very junior female colleague for her to "write in blood" that she promised not to have children.

The only excuse for not naming and shaming is if Ashurst take real internal disciplinary action against this nutjob. If you don't get confirmation that they have, ROF please do expose him.

I've written it before and I suspect will write it again.

RoF survey needs to include a "[email protected] per capita" or WPC ratio for firms so we can really understand what life is like there. Is the partner the subject of this article representative of Ashurst, or an outlier?

(In my experience, one idiot is enough to ruin a happy department but at least it would be good to be able to compare apples with apples when my company instructs outside law firms)

Tbf Piers has done a lot worse to us in the rof office.

I’ve worked as a secretary and then in IT support and if you think secretaries are treated badly you should try working on an IT helpdesk when a lawyer has told Word “no thank you I don’t want to save my changes” then realised they’ve lost 3 days worth of track changes on an aircraft lease agreement.

Would be interesting to see an update on this. Training perhaps for the partner in question, or admission that the firm is short-staffed, if the allegations are true? Would be good to hear the other side of the story too. Also, interesting to see that it wasn't the partner who it was originally thought to be - shows how easily false accusations can be made.

It’s nice to see that this is now deemed as unacceptable because 20 years ago, yelling at PAs and hurling abuse was standard practice as was throwing things including staplers, books or whatever else came to hand. Unfortunately “do you know who I am” syndrome still exists as do pompous arses who are full of their own self importance. “You are nothing but a mere fing secretary” types will be around for a while yet.

As once head of HR. This would have never happened on my watch

I know the partner in question. Not one off behaviour unfortunately and nothing will be done about it, cos nothing ever has been. Standard practice. Brings in the £££ gets away with murder.

As an ex-Ashurst employee, nothing will be done about this type of behaviour. The partner in question will continue to go about their day without any kind of reprimand. The senior management have no backbone and no desire to address poor behaviour. One of the few senior partners who actually had a moral compass left quite recently. Real shame for the firm. This is the first I’ve heard of this incident, but I’m pretty sure I could say who the partner in question is!

As I've written before, most associates and above at law firms are humourless nerds. The toxic billing hours culture, even at firms practising in publicly-funded work, destroys the soul. Along with shitty pay, at the junior and paralegal level, being spoken to like a piece of dirt, such associates (and partners) deserve exposure and public shaming, as do the management committees at firms who fail to act against or implicitly condone such activities.

Other activities that need public exposure are sexual or psychological harrassment or abuse, LGBTQ phobia and racism.

It's not exclusively a male problem, but it does indicate some kind of inadequacy when a male associate has to behave like a little princeling or manager of a Victorian mill.

In this instant case, this bloke probably has one bollock, like Hitler (which would explain many things) or like General Jack D Ripper in Dr Strangelove, was unable to share his essence. Or he could just be the everyday token **** that all law offices possess.

Unfortunately bullying is rife in UK workplaces, and not just of female staff. If true, this person needs training, and it needs to be considered if he should be in the job. Feel sorry for the partner who was wrongly suspected though.

This sounds *exactly* like a partner I once worked for as a trainee at another law firm. A petty tyrant who loved throwing his weight around. As it happens, he moved to Ashurst a few years back. I'd be astonished if this wasn't the same person.

The silver lining: every possible analysis indicates that this rather peculiar species looks set to be replaced by artificial intelligence and an overdue dose of common sense. Then they'll be what they once were - coat stands for the real lawyers (barristers).

I work at ashurst. Its a great place and partners ive dealt with are humble, modest and pleasant to deal with. It's a tough gig which involves a lot of pressure and responsibility. No excuse for undermining colleagues. Very rare/isolated incident in my opinion.

who is this please? could someone name the partner?

This type of abuse doesn’t only happen in Ashurst.....

Jesus, this is worse than WFW! 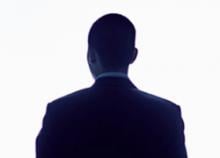