Linklaters has followed the other Magic Circle firms and announced that it will pay its NQs a salary of £100,000.

In May, Freshfields became the first Magic Circle firm to increase NQ salary to £100,000. In June, Clifford Chance, Slaughter and May and Allen & Overy followed suit. However full details of the breakdown of remuneration packages haven't been provided by all firms, so questions remain over the pay bumps.

Slaughter and May has been the most open. A spokesman told RollOnFriday that the base salary for NQs has risen from £82,000 to £92,000. He confirmed that a bonus on top of that "will take the full NQ remuneration package to a minimum of £100,000."

However, the other Magic Circle firms have been cagey over the exact breakdown. Freshfields employs a performance-based banding system which used to be £85,000 to £97,500. A Freshfields spokesman did not divulge the new band, but would only say "£100k is the starting salary for all NQs - and is broadly the salary that they will be on for the first year".

At Allen & Overy, a spokeswoman confirmed that "newly qualified lawyers will receive a minimum total cash of £100,000, comprised of salary and a sign-on bonus", but would not reveal the base salary figure.

At Linklaters and Clifford Chance, while it's possible for NQs to be paid £100k at both firms, that is not guaranteed as reaching six-figures is dependent on a discretionary bonus. Again, both firms were tight-lipped when asked about base salary. 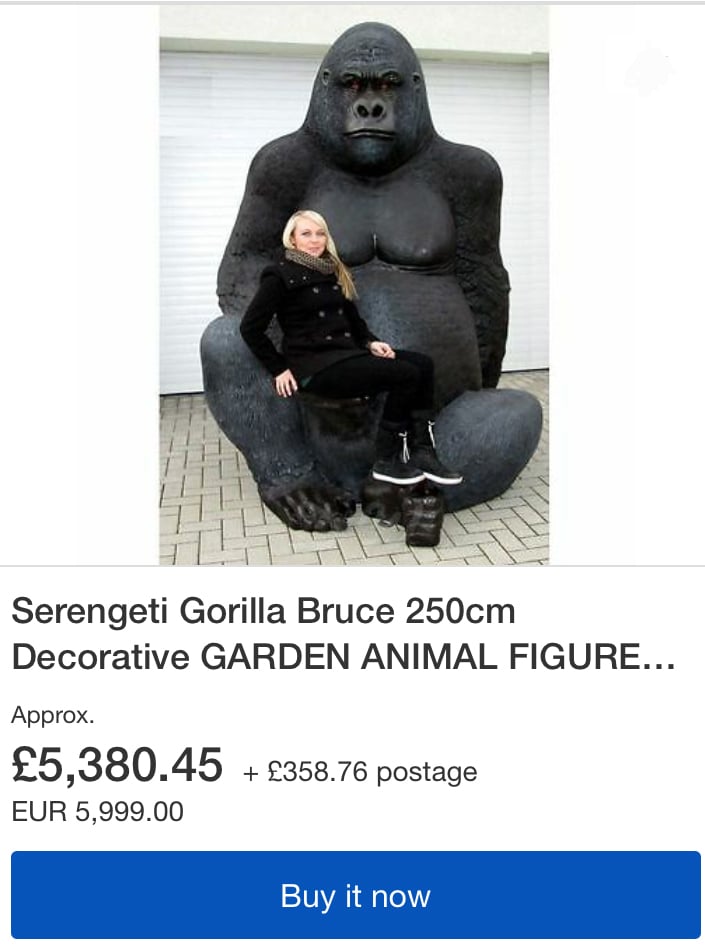 A month's net pay of circa £5,400 could allow one lucky NQ to splash out on decorative gorilla Bruce

Other City firms are also upping their pay for NQs. Macfarlanes announced that it is raising base salary from £80,000 to £85,000. A firm spokeswoman said that, along with individual bonuses and a firm-wide bonus, it was the firm's "expectation" that NQ remuneration "will range from £98,600 to £110,250".

A spokeswoman for Herbert Smith Freehills said that its NQs will be "eligible to receive a total compensation package of up to £105,000 including bonus". But Herbies was guarded when it came to the base salary figure.

The move by the Magic Circle and some City firms to raise pay is partly seen as an attempt to bolster the firms' appeal to junior lawyers who might otherwise be tempted by the eye-watering wages available at US firms. Akin Gump, Kirkland & Ellis, Latham & Watkins and Debevoise & Plimpton all offer £143,000 to first-year lawyers, while Davis Polk & Wardwell and Sidley Austin both offer in excess of £100,000.

Why does ROF continue to report these figures as 6 figure salaries? £92,000 + bonus is not a six figure salary. It's done this way because for this and further years, the bonus element is entirely discretionary. The figures above for US firms are for actual salary, with a bonus of up to c. £14k on top if you make your hours in the first year (rising to c. £60k bonus within 4 years).

The salary at MC firms continues to be relatively woeful for the number of hours worked. Don't do their bidding by reporting their inflated figures.

A £90k salary for a glorified photocopy jockey is woeful

Lobby Lobson - if you read it, the article does point out base salary figures, or when firms have been evasive and not given them

6 figures at 25 is not 'woeful' however you cut it

i feel remarkably well off

Erm Lobby Lobson the story says £100k is not guaranteed…"At Linklaters and Clifford Chance, while it's possible for NQs to be paid £100k at bother firms, that is not guaranteed as reaching six-figures is dependent on a discretionary bonus. Again, both firms were tight-lipped when asked about base salary".

Possibly an unpopular opinion - but is it just me or is NQ pay not getting a bit out of hand?

I appreciate that the figures are later clarified, and I could have been clearer. But the very first sentence in this report is:

"Linklaters has followed the other Magic Circle firms and announced that it will pay its NQs a salary of £100,000."

I also realise that £90k isn't woeful in absolute terms for a 25 year old. But it is relatively woeful when you can work the same hours at a US firm for between 30 and 60% more money. The difference is more acute as you get more senior - a 5-6 PQE at Akin or Kirkland is on £240k + £60k bonus.

My only point was that MC firms were hoping for strap-lines like this.

Lobby Lobson - fair point on the US firms comparison. Although I think you're wrong in saying that the £100k salary "isn't true for the rest of the MC". Three of the MC firms WILL guarantee £100k. It's a minimum of £100k at Slaughters, A&O and Freshfields. The article says:

Slaughters "will take the full NQ remuneration package to a minimum of £100,000."

Freshfields: "£100k is the starting salary for all NQs"

It just seems to be CC and Links that aren't giving the guarantee, as it says in the article that for those two firms "reaching six-figures is dependent on a discretionary bonus"

it is all but guaranteed at CC too - you get the bonus unless you are really bad.  99% will get the bonus.  From this year, the bonuses are actually discretionary from 1pqe onwards, but not for nqs

Looks like the Magic Circle HR teams have been busy on this thread! But anyway it seems that £100k is pretty much guaranteed at the MC firms for NQs (if we are to take the HR teams word for it!!!)

If the six figures are dependent on a discretionary bonus, then it isn't a six figure salary.

Either Links was being misleading it Rof has got this wrong.

US firms pay bonuses on top of their quoted base salaries. That's right! When you look at the base number, the bonus is still to come.

Articles like these are comparing apples with bananas. Or apples with firemen. Or something.

Everyone knows US firms pay more than MC firms.  Everyone can see that 100k with bonus is less than 150k plus bonus.  All these comments pointing it out are unnecessary.

These NQ salaries are getting crazy.

I qualified at Links in 2014 on something like £65k, it's now £100k?!  Crazy.  Are the increases between PQE levels shrinking?  I seriously struggle to understand how it is profitable to pay NQs £100km, even with Links' hourly rates.

£400/hr for an NQ? Seriously?? What kind of muppet is willing to pay that? As a partner at 12PQE (having joined a - very reputable- accountancy firm) I'm only going at 'only' £450 for hardcore offshore tax work...

What kind of client pays £400/hr (or anywhere near it) for an NQ?? That's utter madness. At 12PQE and as a partner no longer in a law firm but at an accountancy practice (not Big 4 but top 10), I'm charged at 'only' £415 for hardcore international tax work...

NQ "rack rate" may be nearing £400 but there is no way in hell that is the average billing rate. By the time you build in fee discounts and write-offs it's closer to £200. And at Links 1,700 hours is more realistic unless you're in Mainstream Corporate. I get the point there is still a massive buffer but not when you have so many partners to "fund".

It's amusing to see the ubiquitous "how can you pay that much for an NQ" comments whenever one of these articles pops up. Pretty much all of these firms have posted record revenue and PEP figures so I would have thought comments along the lines of "good to see some of the vast riches filtering down the ranks" would be more appropriate. Also, "valuing" an NQ is more than just what they cost versus what they bring in. The bump from NQ to 2PQE (when an associate starts becoming properly profitable) is probably only in the region of 20% given the way PQE bands have been bunching recently. Investing to get good NQs who will stick around for a few years seems a pretty sound strategy...

The point is not that NQs are “worth” £100k for their legal skills (they clearly aren’t, and very few are competent to run a deal or matter without significant supervision).   The point is that the model of MC firms in the main is to take the best talent at NQ level and give them four or five years to see what they can do, with the aim of retaining after that  the few people who are partner material.  The rest then get culled or redeployed.  So paying £100k is what it costs in the market to reserve the option in several years time of bringing in new partners.  It’s got nothing to do with their ability at NQ level.   I suspect many NQs at good regional firms and mid sized city firms are better lawyers and more experienced at this stage in terms of raw legal ability - but most don’t have the potential or ability to become partners of MC firms in the future. 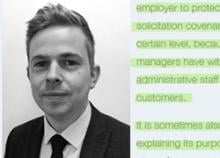 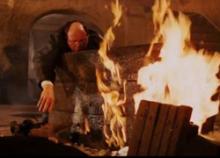