Paul, Weiss sought to silence an associate who complained that she was sexually harassed and bullied by male lawyers in its London office, it has been alleged.

RollOnFriday reported earlier this month that the firm had failed to spike an employment tribunal claim by a former associate who claimed she was unfairly sacked.

Now allegations have emerged that two other female associates in the firm's London office recently made claims of sexual harassment and bullying against senior male lawyers at Paul, Weiss.

One was said to have made an internal complaint alleging that two senior male lawyers, now partners, sexually harassed her. It was also alleged that a third partner bullied her so badly that her health suffered in dramatic fashion in the office.

The firm subsequently attempted to silence the associate using an NDA, said a source. However, it is not known whether she signed any agreement, and the reports of the allegations have not been confirmed. RollOnFriday is not naming the alleged perpetrators. 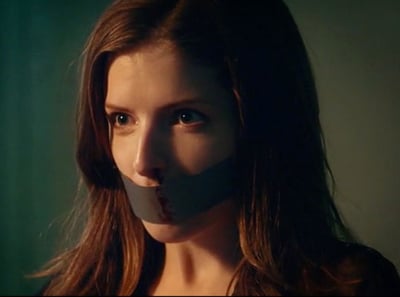 A second female lawyer at Paul, Weiss also raised a grievance complaining that the same partner had bullied her, according to sources, and the firm is understood to have sacked her shortly afterwards in 2018.

Earlier this month an Allen & Overy lawyer was referred to the Solicitors Disciplinary Tribunal in connection with his involvement drafting a gagging order on behalf of Harvey Weinstein. In March 2018, as a result of the matter coming to light, the SRA warned solicitors not to use NDAs to stop victims reporting sexual misconduct.

Paul, Weiss did not respond to multiple requests for comment.

What was the sexual harassment and bullying which was alleged?

is there any law firm name more difficult to read than “Paul, Weiss”?

it’s that angry comma glaring at you that hurts

I know, but I'm not telling you, just to piss you off.

So you don't know.

Was an NDA actually offered, and did any money change hands in relation to the allegations?

NDAs can't be used to prevent reporting of alleged criminality to the authorities or alleged misconduct to regulatory bodies.

Only way this sort of thing will stop is by naming the perpetrators.

Alleged perpetrators. You'd then have to name the alleged victims as well to be balanced. And we don't know what sort of thing happened, if anything.

Anyone saying "name them" is ridiculous.  If they are guilty of this in due course then name them.

The P, W website only shows five London partners, all of whom are (depressingly predictably) identikit white middle-aged men. So that’s means a 60% chance of working for an (alleged) bully and/or sex pest.

And its far from depressingly predictable that all law firm partners will be white middle-aged men - 22% of Paul, Weiss partners are actually female. And the male partners at Paul, Weiss in London are hardly 'identikit'. Its important to be give the full picture with these sort of things.