The US firm Paul, Weiss and the head of its London office have failed to persuade a judge to dismiss a £136 million claim brought against them by a former associate after they argued unsuccessfully that tweeting at RollOnFriday meant her case should be thrown out.

The firm and David Lakhdhir, a corporate partner and the co-head of Paul, Weiss' London office, applied to strike out Anna Christie's claim in the London Employment Tribunal.

Christie was a corporate lawyer at Paul, Weiss until she was sacked on 13 February 2018. In her claim, for £136 million (you read that right), she alleged that her dismissal was due to sex discrimination and amounted to harassment or victimisation. She said she also suffered religious discrimination because she received fewer days of paid holiday than Jewish staff.

But Paul, Weiss argued that Christie was actually sacked because she enrolled in a full-time PhD programme at Cambridge University without asking, against a background of allegedly poor performance at work. They said her behaviour in advance of the hearing amounted to "scandalous, unreasonable or vexatious conduct" which meant "that a fair trial is no longer possible".

While studying at Trinity College, Christie became friends with Joseph Liptrap, a law PhD student at Downing College. After accompanying Christie to a preliminary hearing on 9 October 2018, Liptrap began what Paul, Weiss and Lakhdhir described as a "massive and unrelenting campaign of internet and email harassment".

Liptrap's first tweet copied in the NY Law Journal. In it he called Brad S Karop, Paul Weiss' chairman, "a so-called 'leader' who doesn't seem to understand equality". The next day he tried to grab ROF's attention:

“Is there a term for law firms like @PaulWeiss LLP that swear by equality of treatment of women yet continue to face allegations of sexual discrimination and harassment. Smells like greenwashing to me. What do we think @[email protected]? #Equality #MeToo #ThursdayThoughts.”

“Yet @PaulWeissLLP hire outsiders [name inserted] who *allegedly* (infer sarcasm) – bully women into crying on the job and create a toxic work environment. This is insidious and repugnant; but I guess he brought the firm loads of work, so….#Equality #MeToo.”

Then, really smashing the hashtags:

“AIRHORN! UK ladies qualified to practice NY law: do *not* consider working for @PaulWeissLLP in London. They treat women like rubbish and the work environment is toxic #MeToo #Hypocrisy #sexism #uk #WomensRights #RetweetPlease."

Stephenson Harwood, acting for Paul Weiss and Lakhdhir, wrote to Christie warning her that Liptrap was clearly posting the tweets with her approval, and demanding she stop him. Liptrap jumped on Twitter the same day:

“Just been informed that @PaulWeissLLP might try and sue me for defamation if I don’t stop tweeting about the firm. I suspect they might not understand the law of defamation. I will not stop telling the #truth about gender discrimination and harassment #MeToo #equality #law.”

He also detailed what allegedly happened to Christie:

“Poll: Is it #bullying if a 200cm tall man towers a #woman who was just wrongfully sacked, orders her to pack her belongings in carrier bags, marches her out of the building and leaves her shaking in the lobby? That’s what office manager [name inserted] of @PaulWeissLLP did this year.”

Liptrap directed more tweets at Human Rights Watch, where Lakhdhir sits on the board, and at Harvard, which he attempted to persuade to de-platform Lakhdhir and his wife, who were booked to speak at an event.

Liptrap defended his tweets in a letter to Stephenson Harwood. "It is my prerogative and indeed my duty as a male lawyer to speak out against gender discrimination, harassment, bullying and the like, no matter the personal cost", he wrote. "I refuse to stay quiet". He said Christie had no input into his campaign, arguing, "I am fully capable of drafting tweets, without instruction or suggestion".

He certainly made use of the spare time a student enjoys. Liptrap also contacted over 30 staff at Human Rights Watch suggesting Lakhdhir was being accused of sex discrimination and harassment. He emailed every single Paul, Weiss partner. Then on 14 December 2018 he emailed everyone at Stephenson Harwood demanding they apologise for accusing him of defamation, stop suggesting he was tweeting on Christie's behalf, and remove his tweets from their discovery bundle. “If my requests are not met reasonably soon", he wrote, "the circumstances are going to grow far, far worse for anyone in your firm that had any part to play in this wretched string of events, the nature of which is bound to quickly become very public.” 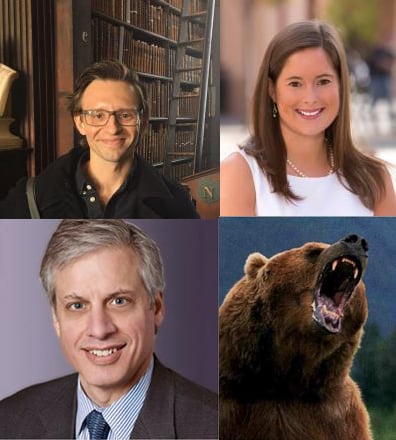 Meanwhile, Christie, who is now the Director of Studies in Law at Newnham College, sent an email to Karop and 625 other Paul Weiss staff with the subject heading, “Sex Discrimination and Harassment at Paul, Weiss”. She and Liptrap also reported two solicitors at Stephenson Harwood to the SRA. Liptrap's campaign stopped when Paul, Weiss and Lakhdhir applied to strike out Christie's claims on 17 December 2018.

At the application hearing in March, Judge H Clark agreed there had "obviously been information sharing" between Liptrap and Christie "and some co-ordination as to tactics". She said the publicity which Liptrap attempted to generate "does not appear to have materialised", but that he could still have caused reputational damage to his targets as well as distress. However, she said, Liptrap's conduct could not be attributed to Christie, and as long as Liptrap kept his trap shut from now on, a fair hearing remained possible.

Liptrap told RollOnFriday, "The respondents were obviously hoping that a preliminary hearing and the threat of a strike out would make the allegations go away. This has ultimately been their principal problem from the beginning. They want to bully, threaten and silence any person, connected to the litigation or not, who confronts them about what they (allegedly) did".

Paul, Weiss and Christie did not respond to requests for comment.

That comma in Paul, Weiss is very annoying. Interupts the flow of any sentence that it's in. I can only assume that that is the intended effect. "Look at us, we're so clever! Like Bond, James Bond"

FOAD, I am not Liptrap. Just an average guy making a disparaging comment about Paul, Weiss.

I agree that discrimination in all forms should be rooted out, but this pair aren't really very sympathetic or appealing characters, are they?

For what it’s worth - no, I don’t think that was bullying.  There’s no legal definition, but generally it is expected to have an element of repeated behaviour with the intent to cause harm, and the incident reported sounds like a one-off for a start. Hope that helps.

Yes. Paul. Paul Weiss would have been better

I went to uni with the claimaint. No idea what she's like now but she was a thoroughly nice person back then and, if true, I'm sorry that this happened to her.

I wonder if Liptrap ever did get what he clearly so desired...

This behaviour does not do the claimants any favours. It will all be used against them at the final hearing.

£136m is clearly excessive, and its not clear what discrimination is being alleged.

While I don't agree with everything Liptrap did in publicising the fact that allegations were made, and I don't support punitive action on the basis of allegations, Liptrap was within his rights to contact the people he did, as long as what he was saying was true (I'm actually surprised that none of the media contacted ran with the story, as I've seen them run with far less). I also think that the people contacted were right to take no action on the basis of allegations before the complaint had been decided.

I don't think Stephenson Harwood have emerged well from this if what Liptrap was saying is factual.

@used against them - not sure how the behaviour can be used against them, unless the Respondents successfully countersue, which there is no indication they intend on doing. The behaviour has no bearing on whether or not discrimination took place and the application to strike out failed.

This isn’t her first time at the Rodeo when it comes to making massive financial claims following dismissal. Or claiming that she has been victimised. I mean it’s not that a person can’t suffer unfair treatment more than once but sometimes there’s an MO. Whoever knew her at uni and found her a ‘thoroughly nice person’ may be confusing her with someone else.

Why did Liptrap take up her cause so vehemently? Seems slightly bizarre in relation to an (as yet unproven in court/tribunal) allegation.

Surely it's important first to establish the "gender discrimination, harassment, bullying and the like" and then set about a media campaign to let everyone know....

"It is my prerogative and indeed my duty as a white knight to speak out against gender discrimination, harassment, bullying and the like, in order to get some", he wrote. "I refuse to stay a virgin". He said Christie had no input into his campaign, arguing, "I am fully capable of virtue signalling, without instruction or suggestion".

I don't know about this particular claim, but a lot of claims are like that Lawgirl1.

@slightly bizarre - it happens all the time in these types of cases - accusers go to the media before the complaint or case has been heard. The logic varies - attempts to publicly humiliate the accused, attempts for a payoff, a belief that the company's or court's process won't be fair, a belief that there is a power imbalance, a wish to get the accused fired, or some type of revenge. Sometimes it is a valid strategy and sometimes not. There are a lot of people who steadfastly believe any accusation, especially in 'sexual harassment' type claims.

Is it correct to describe yourself as a lawyer if you're doing a PhD in law but don't have any professional qualifications and haven't practiced?

@Oh wait... - I don't know - how come you only talk about demanding proof when a female is accused. Oh wait...

Reading comprehension fail there. That's Mr Evidence's trick, not mine.

@Mr Evidence's trick - it was your trick - you talked about demanding proof because it was a female being accused. Looks like the reading comprehension fail was made by you!

Try reading again.  Maybe out loud will help.  You have this completely a**s about face.

First Anon comment on 7 April:  You may want to look up the word "irony" in your dictionary.

@Orwell - there would be no point (even out loud) - it would only confirm that it is you who have this a**s about face, as you would say.

The dictionary defines irony as to suddenly grasp the importance of evidence when the accused is female.

Ok, since you're having so much trouble grasping this, I'll walk you through it.  Mr Evidence is a chap who only ever asks for proof if the claim is made by a woman against a man for sexual harassment.  Despite claiming to be only motivated by justice, he never asks for proof in any other case. The commenter below is drawing attention to the fact that someone has made an accusation (in this case, by NonnyNorth against a woman) so if Mr Evidence was truly motivated by justice he should be demanding evidence.  But he isn't - hence the "Oh wait".  Capiche?

Sounds like you're having trouble grasping or capiching Orwell. It was highlighted that the importance of evidence only dawned on the commenter when a female was accused. Your baseless allegations against other commenters doesn't deflect from this, but does show how easily untrue allegations are made, especially in matters relating to gender.

I don’t usually comment on things like this but used to work at Paul Weiss and David Lakhdhir is certainly no bully.  I saw many people ‘pushed’ out.  It is a very cut throat company but in no way was David a bully not sexist 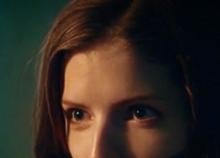 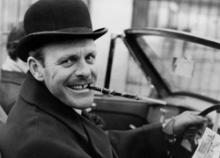