Thanks to the reader who tipped off RollOnFriday on what is surely the most outstanding Christmas party story of the last holiday season.

A junior member of staff at a large international firm’s party (RoF isn’t naming the firm or the country – the unfortunate culprit is trying to find a new job and we wouldn’t want him identified), emboldened after presumably more than a few sherberts, told anyone who would care to listen that a litigation partner was a c*nt and had, apparently, always been a c*nt.

Acknowledging that this might have been a career limiting move, he decided he might as well be hanged for a sheep as a lamb. Later that night he ventured back to the office, went on the rampage and trashed the partner’s desk. Before heading to the firm’s lobby and dumping a load of the partner’s belongings into a water feature in front of horrified receptionists. Presumably the millennial equivalent of the old Christmas party staple of photocopying one’s arse and faxing it to the Tokyo office.

The employee has now left the firm and is looking for employment elsewhere. A spokeswoman for the firm declined to comment. 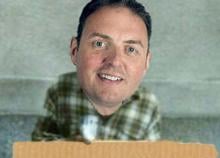 What a powerhouse, somebody hire this man!!!!

It's only a job, play the game or find a new role, don't make it personal

I remember a very good Christmas party at a firm in Brighton.  There was loads of really good mint imperials.

I attended a bronze medallion firm Christmas party and we drank loads of Schloer. Fun times.

I remember the most epic law firm Christmas party I ever went to.

Like a bawse. Stay strong, young tyrannosaur of the law; may you rampage through the halls of another firm soon.

ps no surprise he’s a litigator