Skip to main content
Solicitor-judge struck off for £300k theft 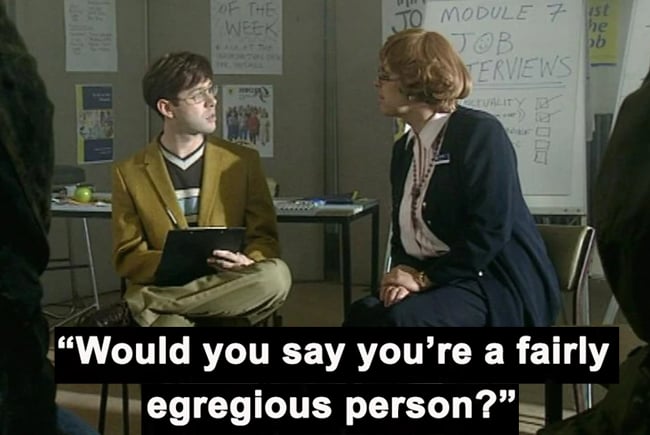 The tribunal described the solicitor as "egregious", which means RollOnFriday is obliged to shoehorn in this niche reference for fans of The League of Gentlemen.

A solicitor and part-time judge has been struck off for misappropriating money from two firms, to the tune of almost £300,000.

Sean Michael Callaghan was able to syphon off funds either belonging to clients or his employer, for a period over 16 years. He started misappropriating money in 2003 while working at BTMK Solicitors in Essex. In 2019 he moved to another Essex firm, Palmers Solicitors as head of commercial property, where he continued his light-fingered approach to accounts.

He was finally rumbled in 2020 when Palmers discovered that Callaghan had provided a "doctored invoice" to a client, which replaced the firm's bank account details with his own personal account.

Palmers held a meeting with Callaghan over a Zoom call in May 2020. The solicitor apologised and didn't deny the allegations. The firm dismissed him.

Palmers came across several other suspicious payments, and reported the matter to the SRA and the police. The regulator's forensic team found that Callaghan, through a series of dodgy transactions, had misappropriated a total of over £37,488 either from Palmers or its clients.

BTMK undertook an investigation and contacted Callaghan when it unearthed an invoice that hadn't been properly raised, which remunerated a company where Callaghan was a director. The solicitor responded to the firm that he had been "in shock and pressing a self-destruct button" at the time. He added: "I knew it was wrong and indeed unnecessary, but I just did it. My mind was in turmoil."

In a follow-up call, BTMK questioned Callaghan about various unauthorised invoices to Callaghan's separate company. The senior solicitor told the firm that he had been a "rabbit in the headlights" and that he "recognised he shouldn't have done what he did" but "he felt it was an act of sabotage".

BTMK continued an intensive investigation, going back to at least 2003, and passed on extensive documentary material to the SRA. The regulators concluded that Callaghan had misappropriated over £250,000 from the firm and/or their clients by using a range of methods, which included: doctoring invoices to change the firm's account to his own bank account; over-stating the amount a client was required to pay to settle litigation and then transferring the surplus into his own bank account; and transferring money from client accounts into his own accounts.

Callaghan also held a part-time position as a judge during the period of his fraudulent activity. He was lambasted for this, when the matter was brought before the Solicitors Disciplinary Tribunal. The panel said: "Whilst this conduct would be viewed as deplorable for any solicitor, it is submitted that the Respondent's conduct was particularly egregious given his holding of a part-time judicial officer as a Deputy District Judge"

Callaghan, who is now bankrupt, admitted the SRA's allegations of misconduct against him. The tribunal struck him off the roll and ordered that he pay costs of £1,500.

In a separate civil action previously brought by BTMK, Callaghan had made a payment to the firm of over £104,000.

BJ Chong, director and compliance officer of finance and administration at Palmers Solicitors told RollOnFriday: “Sean was employed by Palmers for little more than a year.  We are pleased that our robust systems identified the misconduct quickly and enabled us to investigate thoroughly, report swiftly to the SRA, notify the other firm impacted and quickly recover every penny of the funds that were misdirected.”

A BTMK statement said: "Since uncovering Callaghan’s fraud, BTMK has made a significant recovery against Callaghan. We have set  aside around £360,000 which our investigations have identified should be reimbursed to innocently affected clients and we are working at pace to locate those clients and complete their full reimbursement. Substantial payments have already been made. These clients comprise only a very small number of the firm’s clients overall, and a very small proportion of the firm’s business."

Nitin Khandhia, managing director of BTMK, told RollOnFriday: “It was a devastating shock to discover the breach of trust of someone who was a colleague for so many years."

"We are a tight-knit and friendly firm, and this was terrible news for our staff," Khandia added. “We are humbled and encouraged that we continue to have the trust and confidence of our clients.”

Pens! They’re the best friends you can have.

"Stop it, Pauline! Stop it, you nutter!"

Law firms needs to have more diligent Accountants and managers running their businesses. False details on invoices are occurring on too many occasions and not being spotted by Law firms.

Wow, their compliance sounds atrocious if they let that happen for so many years.

I reccommend not doing so. Having been prosecutor's witness against my former CEO, I'd say the managing partner should be a member of the profession and that there should be some rotation among them.

Hope its not just noted by the cops as "a civil matter" and shoved into an archive box.