RollOnFriday understands that Ince Gordon Dadds is offering only statutory redundancy to its staff who have been shafted as a result of the merger.

Gordon Dadds completed its purchase of troubled Ince & Co on New Year's Eve. It has been a less than smooth start to the new incarnation. It was revealed that Ince & Co was placed into administration immediately before its acquisition as part of a pre-pack deal. Pre-packs enable a purchaser to buy a business free of its liabilities, potentially leaving creditors in the lurch.

IGD initially defended its tactics by saying that it fully intended to settle all its debts and that the pre-pack was not a device to enable Gordon Dadds to escape Ince's obligations. However when asked last week whether Ince's creditors would be repaid in full, an IGD spokesman said that it would be "a question for the administrator" adding that "it's not Gordon Dadds' job to repay creditors".

As well as the purchase potentially screwing over Ince's creditors, the newly created firm has also started a redundancy consultation in Ince's London office with 45 jobs at risk. A source told RollOnFriday that IGD is "very generously offering statutory redundancy and nothing more", adding rather bleakly that "those willing to go voluntarily will be offered an extra week's pay for their contribution to the firms success." It's not all bad news though. Another source said that around 25 jobs are being advertised internally - all but two of which will be based in the Llanmaes office, which is on the country estate of CEO Adrian Biles. No doubt staff can tug their forelocks as their new owner is driven past them. 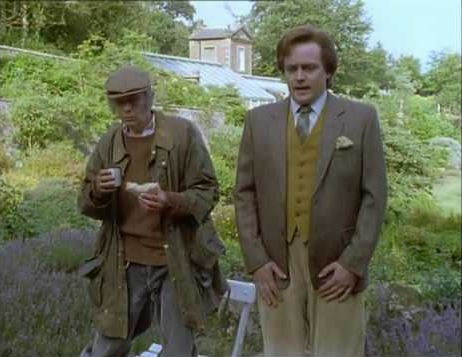 When RollOnFriday contacted IGD this week about the statutory redundancy, a spokeswoman for the firm said that the source was incorrect, but wouldn't elaborate further. When asked if she would confirm in writing that staff would be paid above the statutory minimum, the spokeswoman confirmed on the phone that she would do so and send it over. Spookily enough no such statement was forthcoming. When chased for this yesterday the spokeswoman would only say that "it is inappropriate for us to comment on the consultation process". Readers may draw their own conclusions.

This is clearly poor show, however, do not lose sight of the poor financial management of Ince partners who got the firm, into this position in the first place

Surely the decision to put Ince into Administration was made by Ince management, not Gordon Dadds due to what was clearly a dire situation.  Ince could have taken a different path if they did not like the idea of Administration.

It was the same for the fee earners and support staff made redundant last summer at Ince- they only got statutory redundancy.

25% of the shares just conditionally offered at a 26% discount .... lower than the IPO. Why? They were supposed to have 12m in new debt. They’ll try to buy again to hide their blundering rather than consolidate.

So much for management acumen: after years of acquisitions, shares are worth less and the private investors have been burned - like anybody who has anything to do with these barrow boys.

Ince are not the ones calling any of the shots in this downward spiral as they have no bargaining power at all, even for trivial things like saving dress down Fridays and the internal cafe... GD knew Ince were struggling and have taken advantage of that to explore the takeover, sorry merger, for their best interests.

Everyone I know who is still at the Firm (hint: it's less than it used to be) has said that the whole pre-pack administration came completely out of the blue and was never outwardly on the cards when they started the merger talks. I've even heard that most of the partners didn't know until it was already happening.

As for the rest of the staff apparently the internal comms have been non-existent - most of them are finding out information via the legal press... Not RoF of course because they've banned that internally...

Can also confirm the redundancies were statutory in 2018 too. Caused a lot of internal controversy amongst the secretaries and PAs as some of them came through the (non statutory) redundancies in 2014. There were some that turned down a significant voluntary package in 2014 only to get culled for statutory a few years later. Hindsight is a beautiful thing.

Plenty more insolvencies post-Brexit.  God I hate the lying bastards who conned the poor, poorly-educated, the brain dead and the hard-of-thinking into voting for that shit-fest.

“Act with integrity” and in a way that “maintains the trust the public places in you”. Where are the SRA in all this. Why haven’t they got the guys to challenge a shark firm!?

Gordon Dadds are a disgraceful firm and are absolutely damaging the reputation of the profession.

The python ate a porcupine this time. Inces’ reputation is in tatters, GD’s share price is in free fall and the remaining partners waking up every day for the next two years with Piles. It will be a bit of sport to see how this unfolds.

It left with the insurance and energy guys. Nice to see that the Ince management (“Ince is a fine upstanding firm, oops it’s insolvent”) stayed and are now are part of the GD management team.

This is really, really upsetting. Daddy has spent lots and lots of investors’ money on buying Insovent & Co. Why should they pay out the creditors just because they promised? They crossed their fingers so it doesn’t count. That’s hard headed business. It’s all about the BRAND.