Huge congratulations to Scottish firm Anderson Strathern, which managed to reanimate the corpse of tap-dancing chin master Bruce Forsyth and install him as its chairman without anyone noticing. 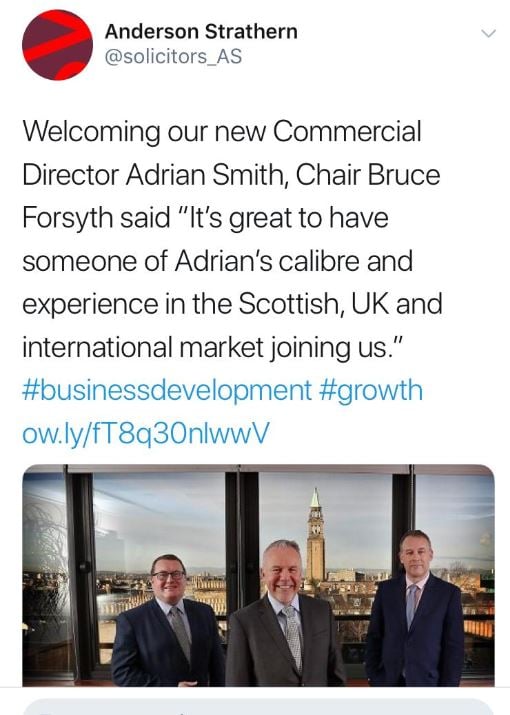 It is not known what Bruce Farquhar, who formerly occupied the role, thinks about this.

ROF's tipster said the tweet was "Not Strictly correct", referring to the popular BBC show presented by Farquhar.

The inventor of autocorrect should burn in hello

Will the retweets be higher or lower?

Hope they don't make another mistake like this because 'You get nothing for a pair....'

Isn't Scotland also still in the UK (for now)?