RollOnFriday broke the news in January that a senior partner at Baker McKenzie had sexually assaulted a young female associate, and that the matter had effectively been swept under the carpet via an NDA. International coverage followed, as did the partner's rapid exit from the firm, which as a result of the exposure carried out a review of the way the matter was handled.

In the months that followed RollOnFriday has been contacted by many lawyers (all female) about their experiences of sexual harassment at the hands of partners (all male). It was the year #metoo hit law.

After Dentons swallowed up Scottish firm Maclay Murray & Spens, sources told RollOnFriday that before the merger the MMS HR team had dismissed multiple complaints about an MMS partner. RollOnFriday asked Dentons about the allegations. It suspended the partner. Then he left after its investigation found that his behaviour "fell well below the expectations that we have of our partners".

Over in Germany, a former Linklaters partner was sentenced to three years in prison for a sex attack on a student at the firm's 2014 Oktoberfest party. In Istanbul, Bakers sanctioned a partner for his "degrading" comments to a junior lawyer. In New Zealand, Russell McVeagh lawyers were accused of sexually assaulting interns. Herbert Smith Freehills fired one of its top partners in Australia after several members of staff claimed he had harassed them.

Many firms appear to have reacted to the current climate by coming down hard on transgressors. Clyde & Co axed a partner after he tried to drag junior team members to a strip club.

But even trying to do the right thing can land firms in a mess. Reed Smith axed a London partner for sexually harassing two trainees, but bungled the report to the SRA so badly (by handing over the details of one of the trainees when it promised her it wouldn't) that one of the victims tried to sue it. The SRA was so ill-prepared for claims of this type that, technically, victims who were solicitors were in breach of the Code if they didn't report a solicitor who harassed or assaulted them. RollOnFriday forced it to clarify that it wouldn't punish victims who didn't speak up, and it subsequently changed its rules. 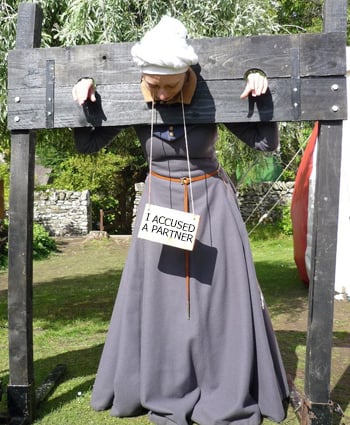 Firms took measures in the face of the cultural reckoning, some more open to mockery than others. Linklaters issued staff with new guidance instructing them to inform management about their workplace romances. Travers Smith gave staff a phrase to use if they encountered inappropriate language at work: "That's not cool".

Meanwhile, the partners kept falling. A senior partner at CMS was stripped of his management position after he fondled a colleague in a public bar (one of his colleagues phoned up RollOnFriday and threatened us after we broke the story). Bill Voge, Latham & Watkins' Managing Partner, fell on his sword after he fell for the wife of a member of his men's Christian group and threatened her with jail if she revealed his sexually explicit text messages to her.

At least one firm stuck up for The Man. An NQ was marched off the premises of Maples Teeside and put on unpaid leave when she told management that she was uncomfortable working with a partner who had sexually assaulted her.

But it wasn't all sleazy and non-consensual. Plenty of it was sleazy and consensual. Like the Clifford Chance partner who flew into a regional office to bonk a secretary in the filing room. And the partner who was allegedly ushered out of his Magic Circle firm after he was caught on CCTV having sex over a car bonnet. And the partner and paralegal who were both fired from Slater and Gordon simply for going at it like rabbits in the meeting room.

and that’s just the stories of sexual harassment- my old shop lost 8 female senior associates in the last 12 months from just one department, because apparently they already have enough female partners to tick that box.

While some of the accused here have been found to have done something wrong, many of the claims are unsubstantiated, or appear to be vague accusations of 'sexual harassment' or 'inappropriate behaviour' unsupported by evidence. There is doubt about whether some of the stories happened at all or as claimed, particularly where the incidents were consensual in nature.

What's the latest on the London silk who, after an agreeable lunch, was subsequently caught shagging round the back of a railway station and then later - much later - decided that there was clearly some tactical merit in deciding that she had actually been the victim of a crime, thereby meaning that her name cannot be published.  Do you know whether criminal proceedings are ongoing?

"There is doubt about whether some of the stories happened at all or as claimed..."

Only in your rather bizarre, single-issue, in-no-way-holding-onto-an-unsettling-fixation posts.

oh it took Mr Evidence a bit longer than usual to accuse these awful wimmin of crying wolf. I imagine he was supping at the Christmas spirit last night and scoffing at the awful harridians who he leched over but, thankfully, no one has any evidence of that so of course it didn't happen.

Surprisingly though, Mr Evidence does not call for evidence for any other stories on this site, so presumably he only judges ones concerning sexual harassment.

a) Sexual harassment is endemic and IMO linked to a culture of heavy drinking.

b) Consent is a criminal rather than an employment misconduct standard. It is never appropriate to have sex in the workplace. I cannot conceive of circumstances in which it would be appropriate for a partner to conduct a consensual relationship with a trainee or NQ 20 years younger.

c) There is a non-endemic problem of women playing the sexual harassment card. This problem shouldn't be dismissed and should be taken seriously when conducting investigations.

@"Unsettling fixation" - yes, you're right, I forgot to say that when allegations are challenged, instead of substantiating them or providing evidence, there is a tendency to weaken them further by making vague false accusations against the person questioning the allegations. Very strange.

There's nothing vague or false about the accusation that you exclusively question the existence of sexual harassment against women and not any other form of misconduct reported on this site.

I love the fact my nickname for you has stuck, Mr Evidence. How does it feel to be notorious?

@3...2....1 - thanks for the warm-up act Mrs None, and for sharing your imaginings. The reason people doubt allegations is because there are so many false accusations, such as your comments. Thanks for proving my point.

@Human - yes, not "vague or false", but vague and false. Although I don't agree with your other comment, you do a least express a reasoned opinion. Shame you had to go and spoil it.

@Anonny - how many male senior associates left the department in the last 12 months? What was the percentage split by gender 12 months ago?

yes, I forgot, all these silly tarts make it all up.

They must be very silly indeed to jeopardise their careers to do so, particularly against such powerful and well respected men. It's a wonder these people even got jobs in the first place, but of course they are only there for "equality and diversity" and Sandra is pretty to look at.

FAOD that was sarcasm. You might need a lesson in it if you thought I was seriously making 'false allegations' in my first post.

@Mrs None - I don't know how it feels to be notorious - why don't you tell us? Looks like the only thing stuck is you - stuck with no evidence. What is 'Slappo-gate' - is that what you do to your forehead when you read your comments and realise how silly they are?

Unfortunately, people do make false allegations for a variety of reasons - that's why its so important that allegations are not couched in vague terms and are properly substantiated.

You still haven't grasped you are talking to more than one person, have you? Or that some of your critics are male?

@"Still haven't grasped it"-its obvious how many people I'm talking to. You may know your own gender but that's as far as it goes - guessing at other commenters' is just speculation.

You still haven't grasped that you have no evidence to back up the unsubstantiated allegations in the stories.

Mr Evidence - all I can say is I hope you have a Merry trolling Christmas. And may the rest of the general populous have more faith in humans than you do. There may well be some false accusations but that does not mean we should tar every accuser with the same brush. Maybe women should start recording every interaction with men in order to produce the so-called evidence you desire?

@3...2...1... - I wish you a Merry Christmas too. I completely agree with you that some accusations are true. But some are not, and that is why it is so important that any accusations are properly specified and investigated. No need to record interaction between people, but at the same time no need not to look for any evidence at all.

I thought Reed Smith said that the alleged victim didn't try to sue them.

@a sense of reality - which partners, why R Kelly, and where is the relevance to the allegations here?

oh simmer and less of the bounce bounce bounce...,...R Kelly like a lot of the male partners at the centre of these allegations have a misplaced sense of entitlement because they bring in the big bucks so they can pick up and drop these daft girlies as they please

@R Kelly fan - which partners and which allegations do you feel this is the case for? And why do you consider the women allegedly involved to be 'daft girlies'?

Dear non R Kelly fan-having been perceived as one of those “daft girlies” in the past .... we only employed her because she will bring the punters in-i have more than an insight into how it all works -fortunately or unfortunately depends how you look at if I’m too old now to be seen as fresh fodder and therefore wise to how it all works - sadly I think misogynistic dinosaurs are ingrained in this profession ..... and somethings will never change - are you listening to “ignition” as you type

My curiosity is ignited R Kelly fan - who told you that you were only employed because you brought the punters in?

He told me himself.... I said I could believe I could fly that I could touch the sky ! Non R Kelly fan you take this so personally