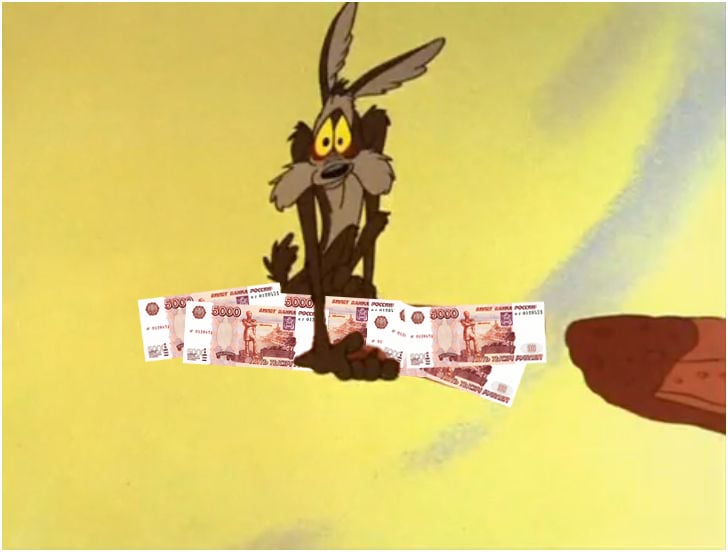 In Friday's edition, RollOnFriday tagged Freshfields as Putin's best pal in legal London after it was revealed that the firm was applying for a licence to allow it to continue to represent VTB Group, a sanctioned Russian bank.

But after widespread outrage and a hard look in the mirror, the firm has decided that being perceived as tangentially assisting Putin as he kills civilians and shells a nuclear power plant isn't a great idea, after all.

Acting for Russians is one thing; acting for Russians who are so up to their neck in Putin's business that even Boris Johnson's oligarch-adjacent government has deemed them beyond the pale is quite another. The purpose of the sanctions is to apply pressure to the Russian regime so that it stops killing people in Ukraine, and scrabbling around for loopholes which have the effect of alleviating that pressure has not gone over brilliantly.

A lawyer purporting to work at the Magic Circle outfit shared their shock that their prestigious firm would dash its reputation against the rocks for a few roubles:

"Eight days after the full blown invasion, Freshfields issue a half-baked statement. It's embarrassing. We stayed silent too long and then said very little. People are dying. Civilians are being bombed. It's almost as if they forget that everyone is vying for talent - many are ready to walk now", they said.

The firm finally succumbed on Monday, and confirmed to RollOnFriday that it was in the process of terminating its work for VTB Bank.

"From the outset, the firm has acted swiftly and responsibly with regard to both ongoing and new client mandates", said Freshfields.

"We took immediate steps to terminate, suspend or decline mandates, and we are clear that we will not act for companies or individuals with close ties to the Russian state, with connections to the wider leadership regime, and/or who play a role in supporting or facilitating the current Russian military action", it continued.

"In line with this clear position, we are also immediately taking steps to terminate our litigation mandate with VTB."

It said, "Like so many others around the world, Freshfields is deeply concerned by the loss of life and unfolding humanitarian crisis in Ukraine. We strongly condemn the actions of the Russian government and express our solidarity with all those affected".

Only after being roundly abused by absolutely everyone, but it got there in the end.

Freshfields are not the only international firm acting for VTB in litigation. In this case a prominent international firm is helping VTB to seize strategic assets in Ukraine, in proceedings issued in... 2014.  Coincidence? https://www.eccourts.org/jsc-vtb-bank-v-alexander-katunin-2/

Meanwhile Linklaters moved quickly to shut its office there. Shows you that at least some within the Magic Circle care: ‘Magic circle’ law firm Linklaters to exit Russia amid Ukraine crisis | Financial Times (ft.com)

Jersey law firm Ogier is the subject of the referenced BVI judgment and has been chasing Ukrainian assets on behalf of Russia’s largest state owned bank for 8 years, all after Russia took Crimea, sent “freedom fighters” into eastern Ukraine and, oh yes, shot down a Malaysian civilian aircraft. Nice little earner!

What about those firms who profess to specialise in "private capital" and have Russian practices - there continue to be some notable silences.

Withers associate cleared in Court of Appeal
An injustice undone