A barrister has been fined for boasting to a young man that he rogered an entire chambers.

Rob Kearney, a barrister at Lincoln House Chambers in Manchester, sat “uncomfortably close” to a pupil he had never met before while attending a barristers’ networking event in 2017, according to a decision by the Bar Tribunals & Adjudication Service. Kearney was described as having been “in a clearly drunken state” at the venue, a restaurant in Preston.

According to the judgment, which is open to appeal, Kearney draped his arm around the young gentleman and engaged in “excessively physical and unwanted contact”. After the noogies or Chinese burns he then made “hostile and intimidating statements", including a hair-raising boast that he had “buttfucked another chambers dry”. 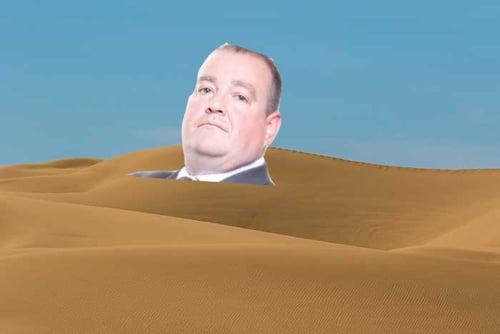 In a slight misunderstanding of how to cover one’s arse, Kearney then checked the pupil’s age before asking him whether he had “ever taken a woman from behind”. Describing Kearney’s line of questioning as "uncomfortable", the tribunal reprimanded the barrister and fined him £1000.

Kearney declined to tell RollOnFriday which set he sodomised. Worryingly, the Northern Circuit, which organised the Bar Mess, was unable to say whether Kearney had been banned from future events.

If he is unwelcome, RollOnFriday recommends he establish a rival, no-holds-barred piss-up with the solicitor struck off for calling the SRA "fucking bent c*nts". In the meantime, Kearney has made his Twitter account private, although he has left up his description of himself as "Barrister, drinker and part-time international watch model".

I was going to say, I bet Luke Venton instructs this guy. But the author beat me to it.

Yes, because you'd never find Proper London Counsel getting pissed at lunchtime as a prelude to being caught shagging in public, then running off to the police to stick in a complaint, the by no means intended consequence of which just happens to ensure that her name never reaches the papers.

Top bantz all round.

I congratulate the young barrister for running off to nanny to complain that a big scary man sat close to him and said gross things.... Most bazzas I know better get some coin ready for the swear jar in that case!

but no word from ROF on the SDT fining Mark Lewis for standing up to Antisemitic abuse??? Oddly quiet there!

the man is a legend: bants

Henceforth I shall call all members of the bar “bazzas”