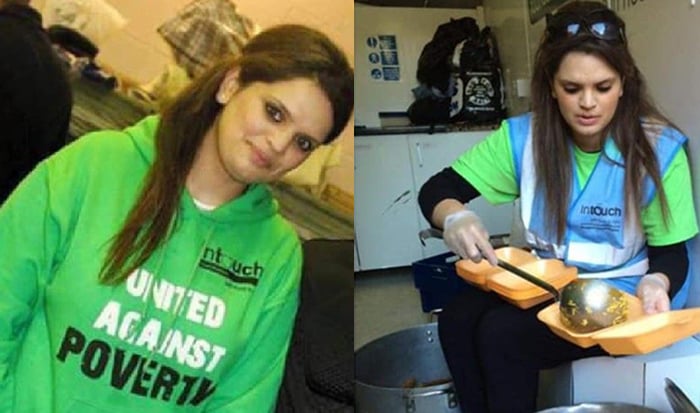 A man has been charged with the murder of a solicitor who was also a dedicated charity worker.

Fawziyah Javed fell from Arthur's Seat in Edinburgh on Thursday 2 September, and although paramedics were called at around 9pm, she died at the scene.

Her husband, 27-year-old Kashif Anwar, has now been charged with her murder. The newlyweds had been holidaying in Scotland when they climbed the landmark.

Anwar made no plea when he appeared in court, and has been remanded in custody.

Javed "had a bright start to her legal career" at Lyons Davidson Solicitors, said the firm, having worked in its Leeds employment team as a paralegal before becoming a trainee and qualifying into the practice as a solicitor in March 2020.

"She made a great impression with both her colleagues and customers, winning Newcomer of the Year in 2016 and in July of this year was again recognised for the support and assistance she gave other teams during the pandemic".

"Fawziyah was a successful lawyer, a great colleague, and a good friend to many in the business. Our thoughts are with her family and friends at this difficult time", said the firm.

Since 2015 the 31-year-old had also volunteered at a chairty to help homeless people.

Osman Gondal, chief executive of the InTouch Foundation, said, "You can have people who volunteer for, maybe, a a day once a month. But whenever we needed her, she would always get involved".

"We have lost a community champion - somebody who had a passion and drive to help people that were in need", he said.

Read ROF and work as a lawyer in-house? Please take a minute to complete our in-house poll below.

Too beholden to the incel brigade to call a spade a spade, are we now?

It says it's her husband in the third line.

Referring to the 'incel brigade' is sexist.

This is so desperately sad and heartbreaking. She seems to have worked so hard for others and made a big impact in such a tragically short career. I can't imagine how her family, friends and colleagues can even start to process this. Rest in peace Fawziyah.

Interesting that the main stream media failed to report the fact her job was as a solicitor, instead framing her as a volunteer only. If you're going to report on what she did in her career by mentioning her volunteer you should also report on her actual employment to give a balanced picture of the person. Classic example of reporters and newswriters creating clickbait rather than objective factual reporting.

Bit sexist to even mention the sex (not gender) of the accused at all really. Can't see how it adds anything to the story.

Just another hook for the creepy people who like to classify people by their genitals to get their hooks into.

Arthur's Seat has one of the best views of Edinburgh. It's a place of beauty and it's so sad that she passed away in such a place.

"Just another hook for the creepy people who like to classify people by their genitals to get their hooks into."

As opposed to those creepy people that want to reclassify everyone according to outdated gender stereotypes?

If, as one TRA said, being a woman is "an attitude", then other victims of violent husbands must be able to have a different attitude to avoid similar dreadful fates.

Not sure it's even that ok to mention the fact that the other human was her husband really.

Is her involvement with an outdated patriarchal norm really relevant to that person's individual identity? Not to mention that you assume their gender by using 'husband' as a title rather than the modern term 'legally recognised life partner'.

You'd do better to direst your ire towards those mentioning 'incels', S 10, not those calling them out.

Making fun of lethal domestic violence. Nice. Hope your mothers are proud of you.